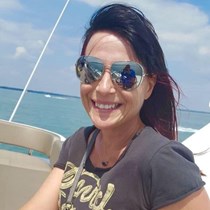 You will have heard about the tragic fate of Colin's aircraft, Itzy. Very sadly for Colin Itzy suffered engine failure and he had to make a forced landing on a golf course in Aioi, Hyogo Prefecture, Japan.

Colin was extremely fortunate to walk away from the accident, but has since discovered he has broken his back in three places. He was air-lifted from the scene and is now in the emergency ward of the hospital. He is not allowed to move from the bed as there is a risk that he could damage his spinal nerve, until he has surgery.

He faces a very large medical bill, and at first was refusing treatment as he doesn't have the money. His friends and family have made sure surgery will go ahead in Japan. There is no price for a life.

The bill will likely be around $30,000, so I am hoping that between us we can raise a little something to help his family with this expense.

I know many of you will have been lucky enough to have met Colin during his round the world trip. He rarely asks for help and is fiercely independent and proud. I know many have wanted to help him before now with the journey and he never accepts, but I think this time he is in need of the help of all those wonderful friends he has made around the world.

Needless to say Colin doesn't know about the Crowd Funding. I know he would not allow me to ask for help, but sometimes you have to do what you believe is the right thing.