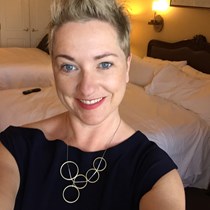 Being involved in creating beautiful homes is in such stark contrast to being homeless that it seemed fitting to shine a light on our society's usually invisible community. So I've launched my #Costa4Christmas campaign to raise money for Oxford's homeless community.

Please join me in giving a little joy, especially in this freezing weather. You can also spread the word by sharing this page.

Oxford has one of the highest numbers of rough sleepers in the country outside of London. Precise numbers aren't known due to the transient and off-grid nature of becoming homeless, which happens for many reasons, but it is estimated that around 4,000 sleep rough in the UK every night.

Rough Sleeping is the most visible form of homelessness, and when most people think of a homeless person they tend to think of someone sleeping rough on the streets. Many people who sleep rough will suffer from multiple health conditions, such as mental health problems and drug misuse, they are also in greater danger of violence than the general population.

Hidden Homelessness - Many people who are not entitled to help with housing, or who don’t even approach their councils for help, aren’t counted in the official statistics. Many stay in hostels, squats or B&Bs, in overcrowded accommodation or ‘concealed' housing, such as the floors or sofas of friends and family.

Having donated excess Christmas confectionary to the homeless over the years, last year I thought it would be nice to give Costa Gift Cards, to offer a warm drink, hot sandwich and a cake - around £10.

Whilst this small gesture won't go towards a meaningful solution to homelessness, my hope is to bring a tiny moment of joy to the most vulnerable in our community, so they feel visible and not forgotten at what must feel like the loneliest time of year.

It would be great if as many of us as possible can give a little to make a big difference to their Christmas.

Being involved in creating beautiful homes is in such stark contrast to being homeless, that it seemed fitting to shine a light on our society's usually invisible community. So I've launched my #Costa4Christmas campaign to raise money for Oxford's homeless community.