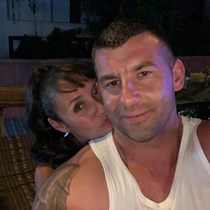 In October 2016 Julie Langford had the devastating news that everybody dreads. At the young age of 35 and a mother to 3 amazing boys she was diagnosed with having an extremely rare and highly aggressive form of cervical cancer. Julie being Julie took this in her stride and vowed to fight it all the way.

Her treatment began almost immediately and went on for over 6 months ending in early May. Julie had massive amounts of chemotherapy, radiotherapy and internal brachytherapy. She held her head high even after losing her hair remaining so strong and positive throughout saying "I may have cancer but at the end of the day I'm still a mother".

Julie did everything right, she forced herself to eat healthily when she felt sick from her medication and kept as active as possible. Julie even managed to climb Pen y Fan mountain only weeks after her treatment had ended, an achievement she was extremely proud of especially after all she had been through. 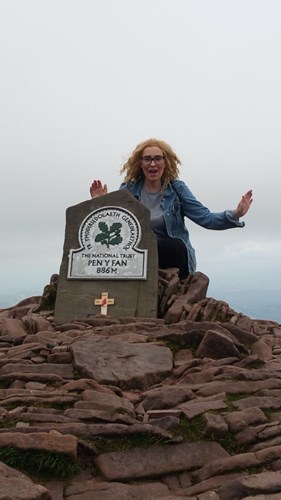 June this year Julie began having pains in her arms which quickly became unbearable. She was eventually sent for emergency MRI scans which confirmed her worst fear. The cancer had spread. It was found that she had 4 small tumours on her spine, 2 spots of cancer on her liver and a small spot in her lung. Even after this devastating news she remained positive and vowed to carry on fighting for her 3 sons.

Julies consultants, very worried she could become paralysed sent her for radiotherapy on her spine which shrank the tumours and thankfully eased the extreme pain she was experiencing. Still hopeful to cure Julie of this cruel disease they devised a new treatment plan with a different type of chemotherapy.

About a week later Julie went back to hospital for the prescribed chemotherapy. In the days after instead of bouncing back as she did so many times she became very ill, unable to eat due to the constant vomiting she became very weak. Nothing seemed to work, Julie tried numerous combinations of anti sickness drugs and after meeting with her consultants it was decided she would go into respite in hope of getting her sickness under control.

On the 15th of August Julie was taken to Holme Towers Marie Curie hospice, from that day on things quickly deteriorated. Julie became extremely lethargic and delirious. Within days she had stopped trying to eat and was drinking very little. It was becoming apparent something was seriously wrong.

The 19th of August we were told the heartbreaking news that Julies cancer had spread to her brain and unfortunately there was nothing they could do. For the next 8 days her family, friends and i stayed at her bedside making sure she knew exactly how much we all loved her. Julie was kept comfortable, dignified and free from pain till the 27th of August when surrounded by her father, aunt, closest friend Kath and i she peacefully passed away.

To give you an idea of the type of person Julie was and the odds she overcame in her life at the age of 6 her parents split. Julie stayed with her father while Samantha Julies younger sister went to live with her mother. Julies grandparents, aunt and father did the amazing job of raising Julie to become a kind, caring and selfless individual with a zest for life like no other.

After finishing school Julie met Kristian Scott who fathered her first 2 sons Curtis-Jesse Scott and Morgan-Leigh Scott. They were a happy family till after a tragic event when Kristian sadly passed away. Julie picked herself up as she always did and took on the role of mother and father. 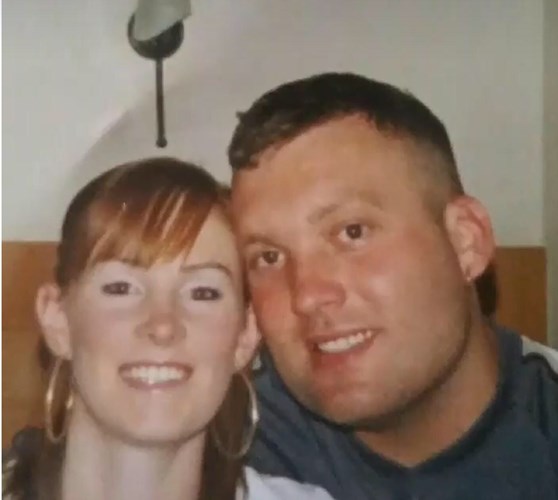 Julie would later meet Lee Norris who would go on to father her youngest child Ashton-Lee Norris. Things didn't work out between them after many ups and downs they finally split leaving Julie as a single mother to 3 children. Julie and Lee remained friends for the sake of Ashton.

On the 16th of October 2011 Julie would have to overcome more heartache in her life when one of her closest and dearest friends Tara Mackie would tragically be killed by a vehicle that lost control whilst she was walking home from work. 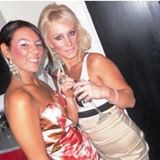 So as Julies story tells she had more than her fair share of tragedy and heartache before discovering she had cancer which brings me onto her 3 sons. Curtis age 18, Morgan age 12 and Ashton age 8. Unfortunately things progressed rapidly with her disease and the safeguards Julie had wanted for her children were not able to be put in place.

Julies children were her life, she provided them with the everything they could of wished for including a lovely home that was kept to a beautiful standard. it is now looking more and more likely that the boys will be split up with Ashton going to live with his father Lee. We are hoping Curtis now aged 18 can take guardianship/custody of Morgan with guidance from Julies father and family. Not an easy task for an 18 year old especially as Morgan is currently in process of being diagnosed with behavioural issues.

It is also looking increasingly likely that the boys will end up losing the family home they have all grown up in and all of the hard work that Julie put in over the years lost.

We have set this page up to try and give these boys the best possible future and ease some of the suffering they are currently experiencing.

Julie lives on her in her 3 wonderful children.

Thank you for reading her story.

All Money raised will be transferred and entrusted to Julies Aunt, Kimberley Langford who will use the money solely for Julies children.

Julie and I were together for over 5 years and got engaged at Xmas 2014. Our plans were to get a house followed by marriage. Unfortunately those things never happened due to Julie falling ill. I'm still thankful for those amazing 5 years and would do it again in a heartbeat.