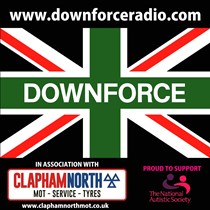 Weʼve raised £18,200 to help Craig Walker and his family during his recovery from injuries sustained at Castle Combe on Howard's Day 2017

On Bank Holiday Monday, just 24 hours after young Billy Monger's terrible accident at Donington Park, Track Attack Race Club driver Craig Walker was involved in a multi-car accident at the Castle Combe circuit in Wiltshire, in which he regrettably sustained injuries including three broken vertebra in his back.

Thanks to the incredible work from the Castle Combe marshals, medical team and officials he is now being treated in hospital. However it seems that the efforts to stabilize his damaged vertebra were not successful and at this moment in time the doctors have advised his wife and Craig that there is still the possibility he will suffer long term permanent disability. It is understood that because of the spinal cord risks they are unable to operate as they would like. They are making further/renewed efforts to stabilize his spine with the hope that he will improve in the weeks ahead.

Clearly whatever the outcome long term, and we of course hope for the best, he will be in for a long period of recovery of many months. Also Craig has recently changed jobs and was on a probationary period so therefore financial security will be of concern to Rebecca and his family. So the Track Attack Race Club and Downforce Radio have decided we should try to raise funds for his recuperation in a similar fashion to the initiative setup to raise funds for Billy Monger.

If the motorsport community can pool resources for one young star who will live with a permanent injury throughout the remainder of his life, surely we can do likewise for another racer who could also have his life changed forever. We hope that the world of club racing and British motorsport will unite and rally round Craig Walker and his family in the same manner.