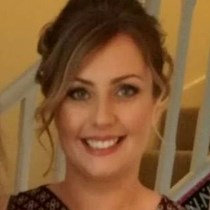 Weʼve raised £6,960 to help make Dale more comfortable and to prepare for the birth of his daughter.

Newcastle upon Tyne, UK
Health and medical
Funded on Saturday, 19th May 2018

It is with great sadness that we wish to let everyone know that Dale lost his fight for life yesterday; he passed away peacefully in his sleep.

Dale showed extreme bravery throughout. He was in so much pain but never lost his sense of humour and battled as hard as he possibly could until the cancer got into his bone marrow and he could fight no more.

We would like to thank everyone for all their kindness and support. Dale died knowing so many people cared about him. The fabulous amount of money raised on here went towards preparing for the new baby and a lovely new house with much more affordable rent. Sadly Dale was too ill in the hospice to go and see the house, but felt more settled knowing his little family were more secure.

Donations are still coming in when people come across Dale’s story so the page will be left open and any more funds will go towards giving Dale a good send off.

Dale may have lost his battle with cancer but his name will live on as Dale and Paige decided to give their new baby daughter the middle name “Dayle” when she arrives in July. And of course his young son is here too x.

Please continue to share Dale’s story and it might save some other men from this cruel fate.

Rest in peace now Dale, you will never be forgotten. Such a brave little soldier.

Dale was diagnosed last year with a very rare and very aggressive form of Penile cancer and also has Squamous cells in his groin. This has led to several operations where numerous tumours and lymph nodes have had to be removed. The tumours are continuing to grow and he now also has one on his Liver.

Dale was very active before this diagnosis and worked very hard so not being able to play with his young son, play football, go to the gym or work is very frustrating for him. He is only 25 years old after all!

Dale is being extremely brave and fighting back as hard as he possibly can. After spending a long time in hospital, then a short spell in a hospice, Dale has decided that he wants to be at home with his family. He and his fiancé are expecting a new baby so Mammy will also have to give up work soon too. We would love to raise some funds to take away some of the stress of providing for this little family as they are privately renting at the moment which is a big financial burden. It would be nice if they could move somewhere more manageable and also nice for Dale to have some treats for him and his family.

If you could donate even a spare £1, it will help as Dale has so many friends so it will all add up to a nice helpful sum. If you can't donate then please show Dale support anyway by sending him well wishes.