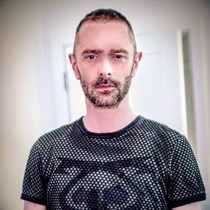 Weʼve raised £20 to Pay my rent this Friday or I could be evicted.

I went online earlier simply to post a thank you message for all those who supported my JustGiving campaign from December 2017 up until 29 March 2018, when I turned 46. I didn't realise an email would go out with that message, but I'm glad it did as one of my supporters transferred £20 into my bank account: you know who you are - thank you, you are truly amazing.

Despite 4 months of delays, my benefits application was finally processed, but I lost out on £6,000 as a result of their delays and it's looking increasingly unlikely I'll get any of it back.

However, on 21 June, I received what appeared to be an extra month's housing benefit after writing an appeal letter to the London Borough of Bromley. Because no letter accompanied this payment, and as my next housing benefit payment isn't due until this Friday (29 June), all I had to go on was assumption, so I assumed this was part-compensation for loss of benefits.

A few days later I received a letter on another matter, claiming I owed my landlady money for an invoice that was outstanding, so I called the helpline number on the letter. They too were flummoxed. After all, they have no direct dealings with my landlady as housing benefit goes straight into my bank account and I pay it directly to her. Eventually they confirmed there is NO outstanding invoice and I don't owe her a penny.

The money I received on the 21st immediately paid off a debt, I upgraded my computer so I could do better work more quickly (my business is slowly but surely getting noticed) and I bought a (cheap) vacuum cleaner to replace the Dyson which I bought around 10 years ago during much better financial times, but now doesn't work at all.

Then, the council hit me with a bombshell: WITHOUT MY KNOWLEDGE, they changed the payment schedule for receipt of housing benefit. The funds I received on 21 June were meant to cover this Friday's rent payment. Apparently their systems "sometimes send letters out advising of a change in payment date, but sometimes they don't".

So apparently it's NOT ok for me to assume that an unexpected sum received shortly after writing my appeal letter and not received on the expected housing benefit payment date, is a compensation payment made as a gesture of goodwill, but it IS ok for the council to assume I'll assume (with the absence of written advice) that an unexpected payment is as a result of them changing my payment schedule without reason and without warning.

On the business front, I currently have £250 in outstanding invoices for work undertaken last week, but I won't receive these funds for a month. After a very positive couple of weeks, this week has gone worryingly quiet, too.

I was only able to claim Housing Benefit AFTER my application for ESA was (eventually) processed. Prior to then, my rent was paid LATE for 3 months in a row.

My landlady made it clear to me then that any future delay would result in her serving me with an eviction notice.

With a credit score of zero, no lender will approve the funds needed to put down a 3-6 month deposit on a new flat. With no place to go, I'll be rendered homeless.

If I lose my home, I will also lose my business, just when things were starting to look up.

This is the first time in my 46 years that I've had to call upon the benefits system and it has let me down at almost every stage. I received £860 when my ESA claim was eventually approved, the regulation 3 month back-payment. When I said I should receive an additional 3 months' back-payment because the (actually 4 months of) delays were out of my control and not my fault, I was refused. I asked my local MP to complain on my behalf. Not only did they reply to him 2 weeks late, they then replied to me with a no, reason being "you only applied for ESA in April". Yes, but I applied for Universal Credit in late Dec/early Jan and had been kept waiting ever since, during which time Universal Credit ceased to be available in my area so ESA was my only option, but then it took over 3 weeks of DAILY 45 minute call queues to finally speak to a human being, and when I did, I'd actually been on hold for 1 hour and 30 minutes.

Of course this was all explained in the email which my MP referred the Department for Work and Pensions to when he complained on my behalf, so it seems they didn't even bother to read it thoroughly enough to make the right decision.

I tried to appeal, thought the wheels were in motion, and called a couple of weeks ago for an update. Whilst I'd been told the decision was indeed in the process of being appealed, apparently that was totally incorrect, so for around a month, my complaint 'appeal' hadn't even been registered, let alone actioned. Why? Because apparently my only available option is to apply to the court for the decision to be overturned.

As explained to me by Colonel Bob Stewart DSO, my local MP, those we elect to power have no influence or power over ANYBODY at the Department for Work and Pensions, which is frankly scandalous.

I'm having to declare myself bankrupt. Citizen's Advice are working with my creditors and this will happen at some point in August.

I recently learned that Jobcentre Plus in Bromley COULD have processed my original application for Universal Credit after all, because they were supposed to ACCEPT even out-of-date passports, which is precisely what I provided them with.

Therefore, I could have been in receipt of Universal Credit ever since January of this year and backdated to October 2017, meaning...

f) without the begging, my business may have got off to a better start

g) I wouldn't be declaring myself bankrupt

And now, because my local council expects me to read their mind, I'm unable to pay the rent this Friday and I once more face the risk of homelessness.

I've written to my Bob Stewart again. I've even sent a personal email to the Founder and Executive President of the company I dedicated almost 15 years of my life to, but unfortunately I'm yet to receive a response from either of them.

You are, once more, my only hope.

Whilst the system continues to fail me, you've always been by my side, so it's with a heavy heart that I must ask you one more time: please, can you help?

Donations to JustGiving take up to 10 working days to appear in my account. That's only from when I request a withdrawal and only one withdrawal at a time can be in progress.

Therefore, if you can and will help, it would be preferable for you to donate directly into my bank account. Bank: Barclays, name: Daniel Akers, sort code: 20-25-95, account number: 63286010.

Thank you, and I'm sorry.

A hard worker who fell on tough times in 2015 with debt and depression, lost his mum in 2016, his job in 2017 and had the benefits system fail me the one and only time I needed it. I now run my own business which is showing signs of growth but I still need your help. Thank you x