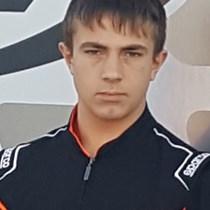 Hello, I’m Daniel – a 16-year-old with a passion for Motorsport. After six months training I had been offered a place in the upcoming British Formula 4 Championship but, promised sponsorship was suddenly withdrawn and unfortunately I was unable to raise the entry fee. But, I have now been asked to compete in this years Formula Ford Championship but still need to raise £20,000 necessary to do so.

My racing journey began when I was just seven years old; I progressed rapidly through the junior karting ranks but aged 12, I suffered a relapse of a rare kidney condition I’ve been battling since my first birthday. I was advised to stop karting to give me time to recover, and at that point I thought my racing career was over.

After a tough recovery, during which time I was hospitalised for long periods, I was given the chance by the children’s charity Dreamflight to go to Orlando in Florida. Every year Dreamflight takes children with a serious illness or disability, without their parents, on a holiday to the theme parks of Orlando. This experience taught me that nothing can hold you back if you put your mind to it.

I would like to repay Dreamflight and use my experience to encourage and inspire others with disabilities to never give up and maximise their potential. With your help, I can raise the profile of Dreamflight and, help them raise the enormous amount of money they need each year !

When I was approached in February 2019 by my school to take part in the British Schools Karting Championship, I grabbed the opportunity (and wheel) with both hands. Despite a three-year sabbatical I won all my races and things have really accelerated since then!

Through the Beyond Dreamflight scheme I’ve received a grant to cover my safety equipment but, I now need to raise £20,000 in order to complete the FF series in 2020.

I thought my career was over, but it’s only just beginning! I live my life by believing if you – WISH IT, DREAM IT, DO IT. Can you help make my dream come true and, help Dreamflight provide the opportunity to give other children the Holiday of a Lifetime !

Ride with, and follow me on what promises to be an exciting journey?

Unfortunately I was unable to reach my target to compete in F4 this year I now have been given the opportunity to race in the British Formula Ford Championship. FF is a great series to race in and helps young drivers to develop their race craft and gain further experience.