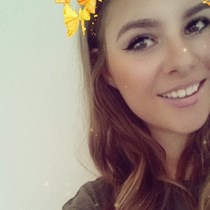 Weʼve raised £3,045 to support David's family getting to and from the hospital and his care once he is home.

Just under a month ago myself and my family experienced the worst day of our lives. My brother David who just turned 34 a week before had a massive stroke. After a few warning signs, miss read as migraines David had another 'funny turn' turns out this would change his life. David was rushed to our local hospital and then transferred to Charing Cross Hospital in London (about a 2 hour train journey away) where he immediately went for surgery to unblock the clot located on the brain stem, there was a 50/50chance of survival. He did it, he survived. He has a tracheotomy to help with his breathing as where the stoke was on the brain it could effect his speech, his ability to swallow and cough etc. After a few set backs (seizures) he is on the right track. We don't know how bad the damage will be but we were told he was unlikely to speak again but being David he is defying all odds and he is speaking with a speaking valve which is put in the end of his tracheotomy tube. David is still in ICU just under a month later.

David's partner Becky has been by his side the whole time while trying to look after their kids, 4 in the household (aged 2, 5, 7 and 10). We have all had so much support from friends and family but the reason we have put together this Just Giving page is to help David's family and to help towards the care he will need once he is able to leave. David was the main provider and bills still have to be paid, the kids still have to be clothed and fed, travel to see him has to be paid for and then the aftercare he is going to need once he is home.

This is going to be months and months of rehabilitation and we don't know whats going to be thrown our way but we are willing to face it, if you are in the position to donate then we would really appreciate it or a share. We need to build awareness these things do happen to young people no matter what the statistics say and the more that know the earlier we can spot it.