Weʼve raised £3,120 to go toward cost of Edinburgh Fringe stand-up show 'David Ephgrave: Niche' (as funds are frozen due to David's dad passing away)

I was set to take a solo show to Edinburgh in August with my dad kindly putting forward the money for it, until my priorities were changed when his cancer worsened and I began overseeing his palliative care until he sadly passed away on 26th May.

I'm now officially still committed to the run - and already owe money / have paid some of the cost - but my dad's death has put his assets on hold, so I can't access the money he intended me to use for it.

I'm in a bit of a quandary: I'd like to still go ahead if I can as working helps me cope, plus it would be a fitting tribute to my dad who'd always supported my comedy. However, with everything that's happened recently, I want to resolve the situation in as quick, stress-free and non-psychologically damaging a way someone with longstanding chronic mental health problems - who's grieving for his dad - can do it.

The frustrating thing is the money's there - he'd offered to put it all up if necessary - but because he passed away, his accounts are frozen and I have to wait for probate to settle (which could take months) before I can access it.

Meanwhile, the Fringe is just nine days away.

(I also have to find the time to write and rehearse the show, which is hard enough with the amount of admin self-producing usually entails without theses extra issues.)

Taking part in the Edinburgh Fringe isn't cheap and my financial situation is tight (as a self-employed actor with a poor credit rating).

I put the rough total - including rent for digs, PR, a show tech, flyerers, artwork, travel, equipment shipment and the remaining percentage of venue hire due before the event - at £6500. I haven't included living costs, but I should be able to find the money to cover that.

If I could raise it here, it would eliminate some of the psychological pressure involved and enable me to do the show as a tribute to my dad without worrying about the finances, or potentially wasting the money we'd already spent.

All through my life, my dad was my unwavering support.

When I wanted to learn the guitar, he bought me one.

When I gigged, he'd carry my amp.

When I wanted to act, he paid for my training.

He seldom missed my comedy shows.

He was always in the audience. 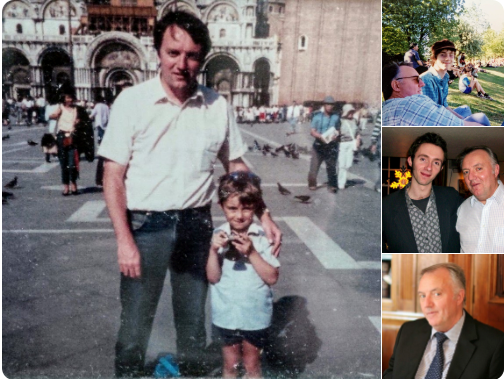 Any help would be greatly appreciated. Thanks for your time,