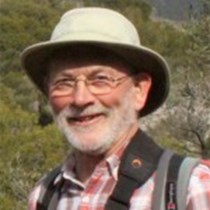 The Waverley line between Edinburgh and Carlisle closed in 1969 but traffic as far as Longtown MOD site continued until 1973. Since then, pedestrians have used the viaduct as an unofficial footpath. Highways England are now responsible for the maintenance of the viaduct.

The viaduct is a listed structure and a National Heritage footpath (Hadrian’s Wall path) passes under its southernmost arch. Unfortunately the site is disfigured at the moment by fences which have been further reinforced with sheet steel such that they now remind one of that hideous structure, the ‘Berlin Wall’.

The campaign to re-open the viaduct has been ongoing for at least 10 years now. However in the last year supporters of the campaign have set up a trust named 'The Carlisle Waverley Viaduct Trust', a company limited by guarantee and registered as a charity with the Charities Commission. We have received grants from the County Council of £5000 and £500 from CycleCarlisle. The Railway Heritage Trust have also promised 40% of the total cost of the project up to £100,000, but only provided we can raise sufficient other funding to complete the works. The owners of the viaduct, Highways England, have in the last two years spent £303,000 renovating the viaduct and want to see that money put to good use by having the viaduct re-opened. To this end they have offered us a peppercorn lease for up to 30 years if we construct and maintain a suitable pedestrian/ cycle route across the viaduct to the appropriate standards and make safe its parapets. Highways England will continue to maintain the structure of the viaduct.
Several polls in recent years have shown that well over 90% of the population in the city want to see this second traffic free crossing of the Eden re-opened to the public. Space is limited here. For full details please go to our website introduction page by copying and pasting this link:
http://www.p3publications.com/Waverley/pages/introduction.htm