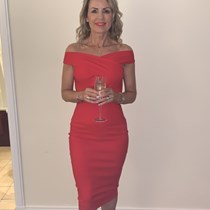 Balloan Athletic are a club dedicated to consistently improving and challenging themselves to play at the highest levels they can in order to try and produce more talented players in the Highlands. For years Balloan has had an excellent reputation, both in and outwith, the city for producing excellent young players for the likes of Caley Thistle, Ross County, Clach and Nairn County.

They are the only youth team at this level who gives young players the chance to travel to play in a tournament that takes place in Portugal every summer. Fundraising is done completely by the players, who give up much of their own time at weekends throughout the year to bag pack at various stores throughout the city.

For the first time in the club's long history, they will be competing in the Highland League set-up. After a lot of hard work from the committee at Balloan FC, which currently have teams playing in the Inverness Street League, the club have taken the ambitious step to enter a team into the Highland League to compete alongside the likes of Clach, Nairn County and Wick Academy to name but a few.

This is a hugely significant development for Balloan, who recently joined forces with another city side, Inverness Atheltic, to offer more young players a pathway into competitive football at a higher level than Street League or amateur. The coaches are extremely passionate about the team and feel the squad deserves this opportunity of a very exciting journey.

After the incident at the 2021 Euros with Danish player Ericsson the club and players believe a De-fib would be a great asset to both the club and the community in general.

This young team are a great example and representation of the youth for the Highland Capital not only playing together but working as a team both on and off the pitch.

Dawn is raising money to help Balloan FC purchase a de-fib for the team and the community in general. On Sunday 29th August, Dawn will climb Ben Nevis. Please give her your support.