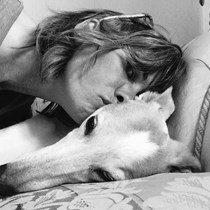 Weʼve raised £165 to To raise funds to buy kennel equipment. We need a wheeled stretcher and carry stretcher and also boarding for desperate kennel refurbishment

Firstly this page is raising funds for all greyhounds taking part in the sponsored walk! (We will add more names as they are confirmed)

Chalky & Xena (was Mary), Bobby (Hutchingson), Arthur (was Cushie), Otis, Buster, Jamie, Sam & Rosie(was Olga), Billy & Lucinda (Kennel dogs), Angel (if up to it), Deacon, Magic (was Joe), Tess & Petal Of Greyhound Compassion), Amy (was Sparkler a maybe), Harry & Jade, (Lola & owner Susan Wright will be with us in mind as not well enough to do the walk), Sparkle, Strauss & Cindy....TBC

Freya was our life long sponsor dog here at the rescue. She took over the role after we lost Duke in 2013. Freya was born on Christmas day 2008. She was born to be a flapping girl at Askern where she was sadly and severely beaten until she had nothing left to give. Freya ended up being lucky enough to be brought to Karen here at the rescue. She slowly began to trust and felt safe in the safety net of the rescue grounds. After a time freya seemed to have grown in confidence and each time 'humans' came into the kennels to view the dogs then Freya was the first to hang of the kennel gate with her paws above her head and her eyes gently gazing lovingly at you - almost as if she was saying 'take me please'! The first time this happen was when a couple called Ben & Jackie came. So of course, they fell in love with Freya and off Freya went to her new home, not far from the rescue. But within a couple of weeks, Karen, Ben & Jackie knew things were not right. Freya would not leave the bedroom at all - only if Karen came...Then she would pine until Karen went back until eventually it was decided that Freya needed to return to what she thought of as her home, back to her safety net of the kennel. And Freya never looked back. She loved to be back. She was so very happy. Unlike poor Ben who was devastated - Jackie had to console him and even throughout Freyas life Ben always kept in touch about his Freya!

We will be doing a walk yearly and we do appreciate your continued support. All details for the walk are on our website www.greyhoundrescue.org.uk

We cannot thank you all enough X

Greyhounds have a tough life and I have to say...They suffer trauma. At 49 now I still suffer with trauma - enough said but need everyone to know that some can fight off depression and some cannot. Some need something to keep them here. A greyhound saved my life. Now I owe them.