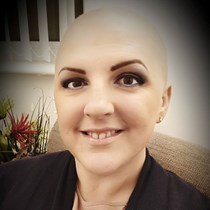 Weʼve raised £205 to help make wonderful memories with my children

So many kind people have been asking if they can support my family and donate, however, my friend's page has now expired. So after careful consideration, I have decided to start my own. I am truly honoured and moved by your kindness.

I married my childhood sweetheart at 21 & had two beautiful daughters. Sadly at 26 my husband was diagnosed with Huntington’s Disease. Knowing that my daughters would lose their father at a young age, I tried to make as many wonderful memories as I could. However life became increasingly difficult for all the family and after trying to save my marriage it broke down. As many people do, I picked myself up & worked incredibly hard as a fulltime teacher & single Mum.
In Nov 2014 my world fell apart as I was diagnosed with grade 3 triple negative breast cancer with spreading to lymph nodes. With no known breast cancer in the family, the diagnosis came as a massive shock to everyone and it just got worse... I was then told I had the BRCA1 breast cancer gene & was told both girls had a 50/50 chance that they'd have the Huntingtons gene and the same odds of BRCA1. Heartbroken. So a double mastectomy, hysterectomy, chemo & radiotherapy followed & I was finally given the all clear in August 2015. During this horrendous time, I found happiness with my new partner Steve. He was amazing! He was an incredible support throughout my treatment & proposed soon after I was given the all clear. We got married in May & began to live our happily ever after together. But it was short lived. March 25th 2017 I found a new lump. After scans & tests the oncologist confirmed that my cancer had returned, this time the cancer is incurable. Steve being the Angel he is has promised to take care of my girls. I now have weekly chemo and every day is a fight. But I'm trying hard to give my children the most wonderful memories and this page can help do just that. So thank you X

35 year old mum of 2 wonderful daughter's and an incredible step daughter, just wanting to live the short time I have left...to the full