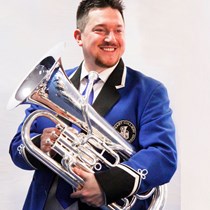 On the 12th March 2017 Dysart Colliery Silver Band made history by winning the Scottish Championships (4th Section) - a win at the regionals for only the second time in our history. This historic victory was brought about due to the hard work and determination that came from one underlying, foundational thought: that within our band, there is an untapped well of potential waiting to be released. And so as we have completed our vision of “Going for Gold” a new vision is needed - one that will take us to the National Championships of Great Britain.

In accepting the invitation to this competition as Scottish Champions, we seek to do what no other Scottish brass band has done since 1973 - win the 4th Section. We understand the work that will be needed, but we also know that a victory is possible. The amount we need to raise not only reflects the high cost of a trip to Cheltenham for the band, but also the preparatory work, rehearsals etc. DCSB aren't a charity - and we are not a wealthy band financially, but what we lack in funds, is more than made up for in determination from a hungry MD, musicianship from a band that is just discovering what they are capable of and support and community from players, leaders and supporters that are working hard for each other. We intend to update this page with community and fundraising events as we progress toward September 2017 and as money is received the total will be adjusted accordingly.

We invite you - to BELIEVE.

Dysart Colliery Silver Band are based in Fife. We were formed in 1880 and known then as Dysart Town Band. The band is conducted by Ross Brotherston and are currently in the Fourth Section - however this year's win means we will be promoted from 1st Jan 2018. www.dysartband.co.uk