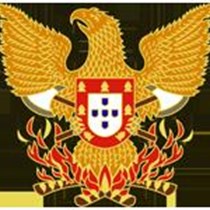 Please help the victims and communities of this deadly blaze in Pedrógão Grande, Figueiró dos Vinhos and Castanheira de Pera, the biggest tragedy of human life that we have known in years.

A raging forest fire in central Portugal destroyed several homes, many villages threaten and left more than 60 people dead, many of whom were trapped in their cars while driving in the area, the Portuguese government said on Sunday. The cause of the fire Pedrógão Grande area was not immediately clear. Officials suggested that it had been spurred by a dry thunderstorm, in which lightning strikes but there is no rainfall.

Portugal has been hit regularly by devastating summer forest fires, and the nation and the rest of the Iberian Peninsula have been suffering a heat wave for several days, with temperatures climbing above 40 degrees Celsius in several regions.
By noon on Sunday (18th June) , about 1,600 firefighters were battling five fires in different parts of central Portugal with the support of firefighting planes, as well as units of the police and the military. At least 900 firefighters were focusing on the Pedrógão Grande area, where a deadly blaze started on Saturday. It was unclear whether any of the other fires had also claimed victims.

Just a citizen here. I'm an activist and decided this was the most spontaneous and effective way to help the survivors of this brutal ecocide.I have my family in the countryside and unfortunately the government is not doing anything to prevent or support tragedies like this.