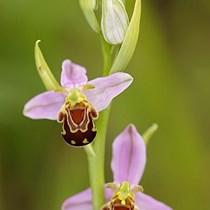 Weʼve raised £0 to fund a full-length, Feature Film exploring and presenting, both old and new evidence related to Apollo missions.

Do you believe NASA landed men on the Moon? Bart Sibrel does not believe men have landed on the Moon nor ever, have they been anywhere near the Moon. His belief is not without substantial and lawful evidence.

Bart would like to present this evidence to the public in a professionally made feature film, which openly and honestly, puts all the evidence on the table and as would be presented in a Law Court.

Some, may consider the Apollo missions as 'old news' and largely, irrelevant amid the more pressing issues we face today, however, the truth is, our Moon is a vital feature of human existence and without the Moon for stability, Earth could not sustain life.

By today's standard of technology, every child should be able to view 'Google Earth' type images of the Moon in full colour HD. Unfortunately, our children are denied any such progress in their education with present lunar images as released by NASA, barely improving on the quality of those delivered in the 1970's.

Bart and myself, believe that the very likely, fake, Lunar Landings, may have been a continual source of political leverage and international blackmail, which has negatively impacted American citizens on many levels.

We suspect, it is precisely BECAUSE the Apollo missions were fake, that NASA has failed to deliver humanity a full colour, HD, 'Google Moon' facility: By now, technically, everybody with access to a computer, should be able to explore the lunar surface.

When we consider the vast amounts of money NASA has received and spent, is an HD-COLOUR -Google Moon TOO much to ask?

It is of immense importance to human consciousness, that the probable NASA hoax be fully exposed or else, thoroughly discredited; all we need is the truth because it is truth that will liberate us toward building a more solid and sustainable, life reality.

There is no room for doubt: Bart Sibrel doubts NASA's story as do many others: The evidence is in; NASA needs to account for it.

Bart Sibrel contacted me requesting help toward raising funds for making his film exposing Apollo mission anomalies. All funds raised will be transferred directly to Bart whom I trust, will fully employ those funds for their designated purpose.