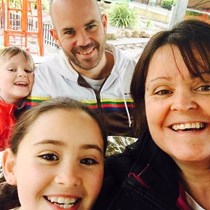 The cost including a 24 hour access cabinet is only £1600 but its value is priceless!
As a combined fundraising effort, we aim to fully fund the defibrillator, leaving any extra funds raised to be put to good use, such as purchasing a training defib unit.

So what am I going to do to raise money?,

On Friday 28th July which just happens to be my birthday I'm going to run my own Walton Trail Marathon....an image of the route is below.

How common is cardiac arrest? How many people survive?
In the UK there are over 30,000 cardiac arrests a year outside of hospital – in homes and communities – where the emergency medical services attempt resuscitation.

I recently became a Community First Responder for Yorkshire Ambulance service, and have witnessed first hand the value to having a defibrillator to hand with a patient suffering a heart attack, which has prompted me to help families within my local community.

I'm sure you'll agree a very worthwhile and valuable piece of equipment to have in the village.
Lets work together as a community and raise the much needed funds to be able to achieve the goal!

Hi I'm Connie and Seth's Dad from school and thought It would be a great idea to try to raise some money for the school defibrillator.... I enjoy running so thought it would be a good idea to run a Walton Trail Marathon as I wasn't able to make any organised events....