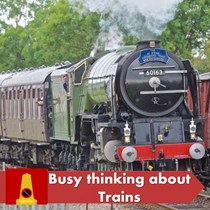 The Small Loco Group was set up in 2012 to preserve and restore the smaller steam locomotives based at the Nene Valley Railway.

We are planning to restore Hudswell Clarke no.1539 ‘Derek Crouch’ which is a highly historical locomotive to the railway, having pulled the first train along the line in preservation on the 7th April 1974.

2024 sees the 50th anniversary of this run, and is also the locos 100th birthday, and we aim to have the locomotive in steam for both of these events.

All the work carried out is by volunteers, and this is also planned to be the first full boiler overhaul carried out at the railway.

All donations are gratefully received and all help towards returning ‘Derek Crouch’ to steam!

Thankyou for your support.