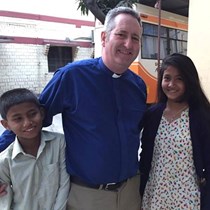 Weʼve raised £1,040 to Excessive rain during July and August, coupled with high tide and water released from Tista, Mahananda, Tangan river and flood water from Ba

Excessive rain during July and August, coupled with high tide and water released from Tista, Mahananda, Tangan river and flood water from Bangaladesh has rendered the flood situation in North and South Dinajpur in West Bengal "beyond control". Over two million people have been affected in 5,103 villages of 5 districts of West Bengal, More than 300,000 people have been rendered homeless. Crops destroyed by the flood waters means their will be a shortage of food over the following months.

Working in flood risk management I already have an appreciation of how devastating floods can be to a local community. It is not until you hear that two million people are affected, with many homes and crops being washed away your appreciation takes a reality check!