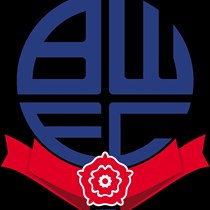 Weʼve raised £7,488 to donate to The Darby Rimmer MND Foundation.

Members of staff at Bolton Wanderers and Bradford City are readying themselves for a 65 mile walk across three days (July 26-28) to raise funds for The Darby Rimmer MND Foundation, a charity set up by former Whites defender Stephen Darby who was diagnosed with Motor Neurone Disease last year.

Beginning the hike at Bradford City’s home, the Northern Commercials Stadium, the walkers will head West across the Pennines and into Lancashire before eventually reaching their next milestone, the University of Bolton Stadium.

Taking two days to complete that particular stretch of the challenge, it will amount to approximately 14 hours’ worth of walking with a distance of 41 miles being covered.

Into the final day, the walkers will carry on their westward haul before eventually completing the ‘Distance for Darbs’ fundraiser by reaching Anfield, the famous home of Liverpool – Stephen Darby of course came through the ranks with The Reds, is a boyhood fan of the club and made seven first team appearances for the club after helping the Under-18s to back-to-back FA Youth Cup titles in 2006 and 2007.

Part two of the three-day walk will amount to approximately eight hours of walking – that’s 23.5 miles from the University of Bolton Stadium in Horwich to Anfield in Liverpool.

Darby made five appearances during the 2017/18 season for Wanderers, but between his spells with Liverpool and Bolton, the former right-back amassed 239 appearances for Bradford City during five seasons with the West Yorkshire club.

During this time, he helped them to promotion to Sky Bet League One, a League Cup Final appearance and an FA Cup run to the quarter-final under the guidance of current Wanderers boss Phil Parkinson.

Speaking about his own motivation to get involved in the ‘Distance for Darbs’ walk, Media & Communications Officer at the club Luke Gallagher said: “Having worked at Bradford City before joining Bolton, I have known Stephen for about seven years now and he was a huge part of Phil Parkinson and his team’s successful era at that football club.

“A committed player, Stephen is also one of the nicest people I have met during my time working in football and it came as no surprise to me that he wanted to turn negative news into a positive by setting up his own foundation to support people diagnosed with Motor Neurone Disease.

“It only seemed right to get on board with supporting Stephen and his foundation by doing our collective bit to raise funds and so to involve all of his three clubs, we felt it would be a good idea and a great challenge to walk from Bradford to Liverpool, via Bolton.”

Plenty of money has already been raised for Stephen Darby’s newly formed foundation which will help to raise funds for the continued research behind Motor Neurone Disease.

Parkinson, his assistant Steve Parkin and Wanderers chief scout Tim Breacker recently completed a cross country cycle from Workington to Tynemouth and so far, have raised in excess of an incredible £20,000.