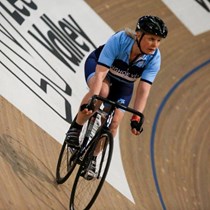 Weʼve raised £8,042 to help Dan and his family through a difficult time.

Talented young drummer Daniel Chang, who was looking forward to starting the new term at the Sir Henry Floyd Grammar School, Aylesbury, had been rushed into hospital in mid-August after suddenly losing the use of his legs. An MRI revealed a tumour against his spine which was removed the following day, leading to a diagnosis of stage 4 Burkitt’s Lymphoma.

Burkitt’s Lymphoma is a rare and aggressive form of non-Hodgkin's lymphoma, a type of cancer that attacks the lymphatic system, which helps the body fight infections. Burkitt’s Lymphoma is recognised as the fastest-growing human tumour - a tumour can double in size in only 18 hours - and is so rare that hospitals in the UK see only a handful of cases each year.

Dan, who is only 11, started chemotherapy last week and is expected to remain in Oxford’s John Radcliffe Hospital for the six months of his treatment.

His classmates - the Cheddington School 2018 Leavers - are planning a sponsored run to raise some money to buy Daniel some Technic LEGO kits to pass the time while he is undergoing treatment. The children’s parents are planning a series of fundraising events to raise some money to help support the family (Mum Nicola, who was a leader at Cheddington Scouts for many years, Dad David and big sister Zoe) through this very difficult time.

Run for It! A sponsored run for adults & children of all ages and abilities - Date to be confirmed

Auction of Promises - Submit your bid for a host of wonderful treats, or a holiday in the sun! Date & further details to follow.

We will be looking for donations for the Auction so if you have a skill or service you could donate, please get in touch.

Concert - Date & details to be confirmed