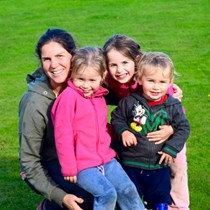 Weʼve raised £11,123 to raise awareness of Personal Locator Beacon's & sea safety in memory of Dom Jackson who tragically died in a preventable accident at sea

Dom Jackson tragically died at sea whilst kayaking in February 2017. This accident could have been completely preventable had Dom been wearing a Personal Locator Beacon (PLB). Dom was alone at sea in freezing conditions completely unknown to anyone and it wasn't until 36 hours after his disappearance that the alarm was first raised. Dom's body was eventually found 6 days after first going missing, over 50 miles away from the primary search area.

The search involved Police, RNLI and Coastguard utilising several helicopters, lifeboats and light aircraft together with numerous teams of searches on the cliff tops. The cost of this operation would have been enormous. We feel the public has little awareness of how inexpensive technology such as PLB’s can be used to prevent tragedies like this and Dom’s family would like to use his legacy to prevent any other family having to go through the pain of such a senseless waste of life.

All monies raised will be spent on initial costs involved in setting up a charity in Dom's name. Once the charity has been set up and working together with the support of the RNLI, the overall aim will be to campaign to raise awareness of the use of PLB's and correct sea safety logging procedures via an app and website. Further down the track, we would be looking to provide educational material to support the teaching of this information to children and adults to ensure that carrying a PLB at sea is as common to everyone as wearing a seatbelt in a car or a lifejacket on the water.

Dom was my little brother and we were only 18 months apart. We had a magical childhood and developed our shared sense of adventure and fun together. Dom was a passionate environmentalist who drew great strength from nature and the wild.