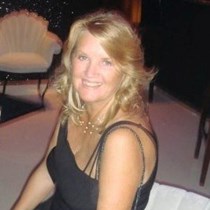 This little girl started her life as one of a litter of eight in a filthy garage in Sharm El Sheikh Egypt. It is not known what happened to her siblings or her mother. The garage workers gave her their scraps of food which mainly consisted of balady bread and rice. She roamed the streets but went to the garage to sleep. She was always full of tics, fleas and covered in oil. My friend and I use this garage and we regularly go to give her proper dry food and we put tic and flea control on her. Over a year ago she was hit by a car and the vet took care of her but the injury was not really rectified. (The femoral head is fractured off from the femur.) Not long after we took the dog into the Pets Hotel and had her sterilised. This was also a traumatic experience for her as when she was anesthetized the vet started cutting her and she woke up. He had to give her a local anasthetic and stitch her up. He said he wouldn't do her. We just didn't know what to do because we didn't want to put her back on the streets just to become a baby machine. The following week he said he would try a different anesthetic. He insisted one of us stayed during the op to monitor her and he did have to apply more anesthesia during the operation. Although she still lives at the garage they don't look out for her welfare and two weeks ago she was hit by a car again. It wasn't until someone put her picture on face book that we realized it was her. Judging by the hard skin on her feet and legs she must have been dragging herself around for days. Again she is at the vets. The vet fees are mounting and although her right back leg is showing some signs of movement the left leg which was previously injured is not showing any signs of movement at all. All what this dog has been through and still she is so affectionate. I get smothered in kisses as soon as she sees me. She is the sweetest most gentle little dog and even in such pain has made no attempt whatsoever so snap or bite any of us that have been handling her including Dr Albert. We are hoping that with rest and proper medical care she may regain the feeling in her legs. If she gets well she really does deserve a lovely home. She is approximately 18 months old and we previously sterilised and vaccinated her. It would be greatly appreciated if anyone could donate a little to help with her medical cost and to buy her a Doggy wheelchair. Thank you.