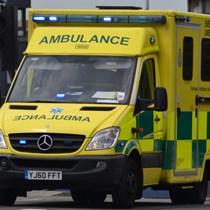 THE NATIONAL HEALTH ACTION PARTY HAVE DONATED A FURTHER £500 TOWARDS OUR CAMPAIGN. WE NOW ONLY NEED £181 TO PAY FOR OUR SECOND LEAFLET. NOW ON WITH THE CAMPAIGN!

WE ARE GRATEFUL FOR THE £8000. WE NOW JUST NEED £500 TO PAY FOR JUSTGIVING'S CROWDFUNDING ADMIN CHARGES AND PERHAPS A FURTHER £250 PRODUCING LEAFLETS FOR OUR MAYORAL CAMPAIGN.

OUR HEARTFELT THANKS TO EVERYBODY FOR DONATING TOWARDS OUR £5000 DEPOSIT AND £3000 FOR A LEAFLET IN THE MAYORAL BOOKLET. IT IS UNBELIEVABLE THAT PEOPLE HAVE DONE THIS. I SAY THIS, BECAUSE THE ELECTORAL COMMISSION ONLY APPROVED SOUTH YORKSHIRE SAVE OUR NHS SERVICES AS A POLITICAL PARTY ON 1 FEBRUARY 2018 AND WE ONLY SELECTED NAVEEN JUDAH AS OUR CANDIDATE FOUR WEEKS LATER.

“I have a disabled son with severe and multiple needs and I myself have a long-term car-diac condition. My passion for the NHS is from the perspective of a parent, a user, and someone who has worked and volunteered within these sectors and seen the issues first hand. The NHS is being used as a political football, and is often framed in negative and misleading terms. What we don’t hear about enough are the hugely positive impacts on people and society the NHS has; the care given that allows people to live their best lives. We don’t hear that the NHS is often one of the biggest employers in many areas and con-tributes over £12bn to our national economy every year. Or that the staff are highly trained, highly skilled individuals often going above and beyond to ensure the job gets done.

I want to stand because I think these cities, indeed, our country, is being let down by this government. I believe the health and wellbeing of the people, and the environment, should be at the very heart of decision making. I am not swayed by party loyalties or point scoring, I simply want to do the best I can for the people of this region and to draw atten-tion to how fast and how ruthlessly the NHS is being destroyed. A destruction that isn’t guaranteed by the way, we can and should protect one of this countries greatest assets to the benefit of us all”.

WHY WE NEED YOUR HELP?

We will get to campaign and fight for what we feel so passionately about at city and re-gional level. We will be able to get that message out to over a million households. Our campaign will force candidates to explain their lack of action over the NHS and other key issues such as public services, the environment, employment and the economy. We be-lieve we can make a difference, but we can’t do it without you.

WHO ARE SOUTH YORKSHIRE SAVE OUR NHS?

Are a group who have come together to form a party to challenge the destruction of the NHS. Naveen Judah is standing as an anti privatisation candidate. He believes that the NHS in South Yorkshire is being turned upside down and people need to know about it.

This Sheffield City Region Mayororal election is the quickest way to raise awareness amongst the public in South Yorkshire and how Health and Care systems (SYBICS) start in shadow form next month.

This will be done in ways that affect patient safety and will result in fewer NHS being run services being run more cheaply.

The SOUTH YORKSHIRE LABOUR COUNCILS are REFUSING to OPPOSE the NEW SOUTH YORKSHIRE and BASSETLAW INTEGRATED CARE SYSTEM PLANS, which will ENSURE that £571 MILLION will be CUT from a £3 BILLION NHS BUDGET BY 20/21. THEY HAVE BEEN 'SITTING ON THE FENCE' ON STP ( SUSTAINABILITY TRANSFORMATION PLANS) SINCE 2016.

IT IS TIME THAT THE ELECTORATE ARE INFORMED.

WHO ARE THE NATIONAL HEALTH ACTION PARTY?

The National Health Action Party (NHA) is a political party in the United Kingdom.

The party grew out of the movement opposing the 2012 Health and Social Care Act. It campaigns for renationalisation of the privatised parts of the English National Health Service, reductions in outsourcing, and improvements to NHS funding, service provision and staffing. Despite focusing on health, the party has a range of policies in areas such as the economy, housing and education. These include opposition to austerity and a call for political reform.

Having stood candidates in local and European parliamentary elections in 2014, the party contested 12 seats in the 2015 general election. Surgical registrar Dr Alex Ashman was elected as the party's leader in December 2016 following the resignation of co-founder Clive Peedell earlier that year.

NAVEEN is currently an EXECUTIVE member of the NATIONAL HEALTH ACTION PARTY (NHAP). He assisted Doctor Louise Irvine when she came second to Jeremy Hunt with 20% of the vote in last year's General Election. NHAP are supporting our campaign for Mayor. He is an accountant by trade and was previously in Further Education as Vice Principal and Principal. He has worked voluntarily in the disability sector for the last seven years, helping support groups in Rotherham's Disability Network, which he founded and Chaired. He has also been an advocate for the network. In the voluntary sector, as well as an ex Chair of Rotherham Healthwatch, Governor at two special needs schools and has been an independent Parish Councillor.

NAVEEN BELIEVES IN NYE BEVAN'S NHS FOUNDING PRINCIPLES. HE IS AGAINST THE PRIVATISATION OF THE NHS.

Doug Wright from South Yorkshire Save Our NHS was live on Radio Sheffield on Monday, 19 February at 0809. This was 1 hour 9 minutes after the show commenced.

The draconian ongoing changes to the NHS are shrouded in secrecy and are being implemented without any meaningful consultation with the general public, in the Governments onward march to privatisation and private health insurance schemes.

We cannot afford to send information to people by post or deliver to over A MILLION VOTERS, so we need your help to share our information and our requests for donations to fund the campaign through social media.

GOODBYE TO YOU MY(NHS) TRUSTED FRIEND

The four South Yorkshire Councils can be seen to be evading the issue of opposing STP. (see Doncaster Council meeting below, 25 January 2018 - play from 1 hour 34 minutes)

LATEST NHS CHANGES - THE NEW SHADOW SOUTH YORKSHIRE AND BASSETLAW INTERGRATED CARE SYSTEM IS SCHEDULED TO COMMENCE IN APRIL 2018. AS IT STANDS NOW THIS WILL BECOME PERMANENT IN APRIL NEXT YEAR. THEN WE BELIEVE THE NHS WOULD MOVE TOWARDS PRIVATE HEALTH INSURANCE SCHEMES,

This latest UPDATING by NHS England of the insidious STPs, (pre privatisation plans) were the object of massive national NHS demos and sustained protests by NHS campaigning groups. Please ask ALL your local Councillors, your Council Health and Wellbeing Board, NHS CCG and local Hospital, what exactly the new plans and financial allocation means for them. WE NEED TO FIND OUT NOW WHAT THEY WANT TO CUT AND PRIVATISE NEXT - AND STOP THEM!

MAKE A NOTE IN YOUR DIARY. JOIN THE MASSIVE DEMONSTRATION IN LONDON, ON 30 JUNE, TO CELEBRATE THE 70TH BIRTHDAY ANNIVERSARY OF THE NHS. THIS WILL BE THE BIGGEST DEMO SINCE THE POLL TAX MARCH IN 2003. ASK YOUR FRIENDS AND FAMILY NOW; ARE THEY GOING TO LONDON ON THE 30TH? IF NOT WHY NOT! IF YOU LET THE NHS BECOME PRIVATISED, THEN THE TORIES WILL HAVE TAKEN AWAY EVERYTHING FROM US.

We're Fighting for the NHS', sung and recorded by the UNISON Care UK strikers in 2014, at Higher Rhythm recording studios in Doncaster. See on YouTube Doncaster Care UK Strikers NHS song Part 1. This ninety day strike was the longest in the history of the NHS.

The donations on this Crowdfunding page are for South Yorkshire Save Our NHS party, Naveen Judah for Mayor. Any donation over £500 has to be reported to the Electoral Commission. Anybody who donates over £50, will be requested to provide an address, which needs to be on the local electoral register.