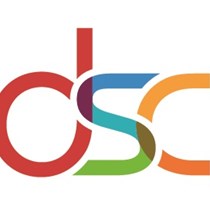 Weʼre raising £1,500 to further the work of AMUK in memory of Jonathan.

Jonny believed passionately that the individual and collective experience of and fight against HIV had defined and shaped his own and future generations. He also believed that the bravery, selflessness, strength, beauty and love embodied in that fight needed to be remembered and have resonance for generations to come.

Jonny had been working to help establish AIDS Memory UK (AMUK) for over a year before he died. AMUK wants to raise an understanding of how HIV and AIDS changed us in Britain as a society, and to mark that momentous change through a permanent memorial dedicated to:

- celebrating the work we have done to save lives

- reminding us to keep fighting on to put an end to AIDS once and for all.

AIDS Memory UK is backed by a wide range of patrons, trustees and hands-on supporters from the arts, politics, business, consulting and management, the charity and voluntary sectors, finance and engineering. It is working closely with Camden Council, who have guaranteed a location in Fitzrovia, to secure the site AMUK has requested just off Tottenham Court Road. It has already received extensive coverage in the national media and held several high profile events. It has assembled (with the help of Jonny) a group of committed trustees and is on the cusp of registering as a Charitable Incorporated Organisation.

The battle against AIDS has come a long way in the last 40 years. Medication saves lives. Anyone taking and has had sustained treatment, cannot pass on HIV to anyone else. With PrEP and PEP, no one needs to acquire HIV in 2021. We have the tools to end AIDS worldwide.

AMUK recognises however that there is still much to do: access to treatments is still vastly unequal globally, and often vicious discrimination continues to undermine attempts to support those at risk of HIV in many countries of the world.

The theme of unity has been at the heart of #AIDSMemoryUK.

"HIV has united people of differing, sometimes opposing, beliefs and values. Together we have fought an unprecedented societal stigma. In a life-threatening emergency such as AIDS, we overcame our differences by seeing the common humanity we all share in order to fight for our dignity and survival."

AIDS Memory UK is in the process of applying for charitable status. Funds meanwhile are being held in trust by Aesthesia for payment to AMUK once its CIO status is confirmed.