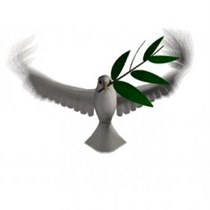 Weʼre raising £300 to Raise money for The Christie

It was 6 days before Christmas in 2016 that I was first diagnosed with adenoid cystic carsonoma. A rare type of cancer that has no cure.

It was millimetres below my brain. To get rid of it, they had to operate for 16 hours, going through my upper jaw. I lost the upper right part of my jaw, including my teeth and hard pallette. They took bone from my scapula in my shoulder to put into the part they removed.

I lost my ability to smell, my ability to taste and the hearing in my right ear which was a big thing for me, as I love both food and music. It was a totally different type of life from what I had known, but at least I was alive to tell the tale.

I was scared and the worst part of it was watching everyone around me worry for me and I couldn't do a damn thing to help them.

The surgeons, doctors, professors and everyone that helped managed to cut it out of me, but had found nodes of the same cancer in my lungs. Through the years, they kept an eye on them, making sure I had scans regularly and checking the growth.

I am struggling to breathe most days and I am in constant pain with my jaw due to radiotherapy from years ago.

I have been seen by a specialist in Manchester and still waiting to hear if they have come up with any groundbreaking clinical trials.

It is usually a slow moving cancer, but I have been told by my doctor at the ENT department at the hospital that it is now becoming a worry.

I have been offered chemotherapy as a way to slow down the growth slightly, but run the risk of becoming very unwell and will hear of any up and coming appointments soon, which I will update here.

I know my time is precious and have been given so many more second chances than most people deserve. I am grateful for every last second I have here.

My only real worries I have are for the people I leave behind, the situations I'm not there to help and the life moments I wish a was there for.

It's a bit late in life to be starting a bucket list, but if I can do at least one thing from it, it would be to do a parachute jump for charity. Any money raised will go to the specialists at The Christie so that the people that come after me in life, going through the same situation will at least be a step closer than I was.

Your donation, no matter how small, will help a huge percentage of people just like me. I've never reached out for help in my life before, but today, I stand before you with a heart full of wishes and a desire to help others.

Thank you for taking the time to listen to my story, you didn't have to, but you did, and I personally thank you wholeheartedly for that.