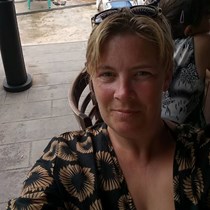 My 16 year old son is a very keen cyclist and triathlete, however recently he was heartbroken to discover that his road bike had been stolen.
As family we followed the correct procedure's and call the police, we gave them so much information and camera footage, however despite finding the bike for sale online, we have been unable to retrieve the bike, which has now been sold on 😖.

Due to these recent events my son is now in a position that his triathlon race season could come to end early. When it had started so well, having come 2nd in the under 20's age group in the last two races. As well as 3rd in the east midlands triathlon season last year, in the youth category.

I have now been asked by many friends and strangers if they could help get Dylan back on a bike a racing again as soon as possible. I have therefore decided the best way for everyone was to set up this fundraising page. The donations will go towards the cost of a road bike and replacing other items that were stolen along with the bike , such as pedals and garmin mount.

I would like too thank everyone in advance for any support given, it has been a big decision to set this page up. I will keep everyone posted on Dylan's progress and racing situation as we go along xx