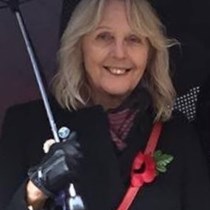 On the evening of the 12th February 1942 a Hampden bomber aircraft from 455 Sqn RAAF took off from RAF Wigsley, two miles South West of Eagle village to take part in Operation Fuller. The Operation was a Royal Navy-led mission to destroy German battleships which were causing damage to the Atlantic convoys bringing vital supplies to Britain. Three German battleships had entered the harbour at Brest for repairs, and on the night of the 11th of February made an historic dash to return to Germany alongside 66 others, and with air cover they reached the Dover straits virtually undetected. In almost a last attempt to destroy the battleships, which could have a key effect on the outcome of the war, Bomber Command launched their largest operation of the war to that point. Two hundred and forty two British aircraft were sent out against the battleships but all to no avail.

Our Hampden bomber was one of these that set off on a mine laying sortie but developed engine problems and had to turn back for Wigsley. With an engine on fire the aircraft crashed on its downwind circuit killing all the crew. The plane crash-landed in a farm orchard in the centre of the village near to the farm house. It is reported that during the crash a mine on board had broken away from its moorings and came to rest near the stricken aircraft and shortly afterwards this exploded, causing much damage to the centre of the village as roofs were blown off and windows shattered. Amazingly no one in the village was injured as villagers were evacuated before the mine exploded.

We want to tell the story of these four brave airmen and place a memorial in the churchyard for them to be remembered with honour. Any help you can give towards this project will be greatly appreciated.

Over the years I have researched many stories about our village history. One of these was about a WW2 Bomber aircraft that crashed in the village killing all 4 crew. This story captured the hearts of the people of the village and we want to create a memorial to honour the men.