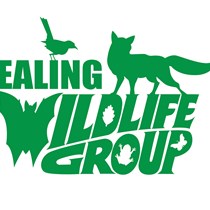 After a successful round of crowdfunding last year, we've been hard at work on our Harvest Mouse reintroduction project in 2021 and this Spring, releasing a grand total of 311 mice back to the wild on Horsenden West meadows and Paradise Fields. Thank you all who sponsored your very own mouse for £10 in our initial crowdfunder.

We've been hard at work developing our very own breeding colony of mice, and have mastered the art now with great productivity. In fact we've experienced a baby boom, with 82 of our very own Ealing captive bred mice being released by you, the community, just a couple of weeks ago. We're also extremely pleased to have partnered with Calderglen Country Park in Scotland, Battersea Park Children's Zoo, New Forest Wildlife Park and Derek Gow Consultancy who are all providing us with more captive bred mice from a variety of genetic bloodlines to ensure the project's success. Our Council ranger and parks team have done a cracking job at restoring habitats locally for a wider diversity of life including these threatened rodents and other small mammals.

But we have now run out of funds for the initial phase of of the project, and have racked up a £600 overspend, mainly through expanding our number of breeding tanks and enclosures, as well as the ongoing costs of feeding our mouse colony a high quality, nutritious diet which is really aiding their output in the reproductive stakes. So we'd like to crowdfund again to make up this shortfall and future proof the continuing costs of running the project into its third season in 2023. We hope by then to have released mice at all 5 of our proposed sites, and then leave them to it to hopefully become a wild, self-sustaining population. Perhaps with occasional top-ups here and there if we decide to keep our captive colony going.

Not only will this mean we've successfully restored a lost species to our wonderful wild habitats that the Council rangers and parks team have been developing and are now suited to them in the borough, but the knock on effects of having these lovely little rodents back is that other species farther up the food chain benefit too. Our local breeding Kestrels and Barn Owls for example. It's not nice to think of our mice as food, but they are an important link in the food chain that we've taken out through habitat loss and can now put back. SO a sustained effort now should stand to us in future.

Like before, we're asking you to give what you can and sponsor a mouse at £10 each, or sponsor multiple mice, one for each of your family members if you like. Any money over target will sustain the project for longer as we move past the 2023 breeding season. Many people got in touch after we closed the last crowdfunder and reached our target to purchase our initial mice from a rewilding consultant so now's your chance to contribute. Thank you all in advance, this project has really epitomised what we are all about at EWG; conservation, community and collaboration.

And of course, when you donate and be part of the project funding you are all welcome on our future mouse releases to really be part of it in person too. 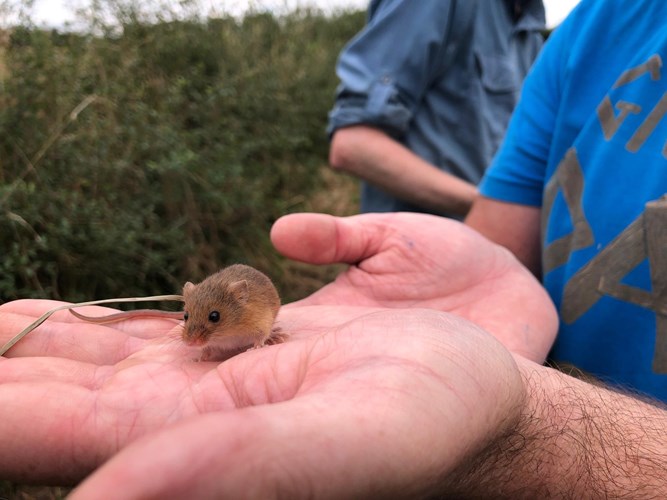