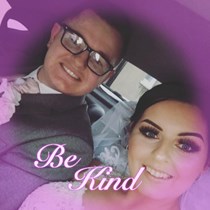 Our baby boy was born at Royal Lancaster Infirmary but there were complications that came to light towards the end of his delivery. He was born unconscious and the medical team worked on him for 11 minutes, which seemed like a lifetime. He was then breathing but needed specialist care. We were told he was a very sick baby. Our boy, Earl, was transferred to Burnley NICU where he received the care he needed which was to be cooled as he had possible HIE (was told he would be brain damaged) he required brain monitors, breathing apparatus, drugs to stabilise his fits and all round the clock care.

He had plasma & platelet transfusions, a lumbar puncture and was treat for sepsis whilst staying at Burnley NICU. Once Earl had warmed up to normal body temperature (after 36 hours of being cold) he went for an MRI scan to see what effects all of this had on the brain. We were told to expect the worst as Earl wasn‘t functioning like a ‘normal’ baby with his movements and reactions also he was still having abnormal brain functions.

The MRI came back clear of anything!!! He was a very lucky baby and due to the fast reactions from all the medical staff at Lancaster and Burnley he came out of all this with no brain injuries, no physical issues we know of yet but have been advised later on in life he may have some form of developmental issue.

After all this we as a family would like to show support back to both the Neonatal units which hopefully may help them with new equipment, helping other families in similar situations and most of all helping the NHS get back on its feet because without it our baby wouldn’t be here today.