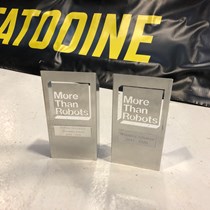 EARTH WIND AND WIRE robotics team from CREATED Academy School Stoke on Trent are excited to hear from companies and individuals, family and friends, who would like to support us on our mission to WIN the FIRST Tech UK Robotics Challenge National Finals at the Copper Box Arena, Queen Elizabeth Olympic Park, London 27-28 March 2020. 100 teams will take on the challenge to be one of 5 teams to go to the USA to compete at the World Finals in Detroit in May 2020.

"We go into the 2020 National Finals as winners of our regional tournament and winners of the Innovate Award for our region, sponsored by Collins Aerospace.

We were the only Alternative Provision School to take part last year and one of only a few this year. Our team is made up of students who do not attend mainstream school. CREATED Academy is the perfect school for us and has given us the ability to explore and develop our STEM skills and learn a lot about team work and collaboration along the way.

We have worked to a very tight budget and successfully achieved our initial goal of reaching the National Finals. We now need some extra support to make some improvements to our robot and help us travel to London and support our 2 day stay.

Company Sponsor logo spaces are still available for our branded clothing worn during competition, the bigger the donation, the bigger the logo! Companies that would be interested in supporting us will also be featured during each social media post, a full competition social media strategy is being developed by our partner PR and brand communications company, Provoke Marketing and Design."

CREATED Academy School is a provider of alternative education, offering academic and vocational courses in sport, photography, art and design, creative media, robotics and music for learners aged 11-16. CREATED is currently the only alternative provision (AP) school in the City of Stoke-on-Trent to deliver STEM subjects. One of CREATED’s goals is to remove the stigma of attending Alternative Provisions Schools by providing innovative and engaging lessons and through involvement in projects such as the FIRST Tech Challenge.

The four students who made up Team Earth, Wind and Wire - Sam Pitchford (Year 11), Liam Ash (Y10), Conlan Gulliver (Y9) and Thomas Slack (Y9) - had to design and build their own robot, which they named Der Eisendrache or ‘The Iron Dragon’. They took on the roles of project manager, driver and drivetrain engineer, graphic designer and inventory manager, and software engineer, developing skills that will stand them in great stead in the future.

The annual challenge kicked off back in September 2019, followed by a local practice event in December. At the tournament on 5 February, the judges commented that the team’s innovative design, clear strategy and willingness to work with other teams really shone through, both in their robot and their performances. As well as being part of the Winning Alliance, they won the Collins Aerospace Innovate Award 2019-2020.

The Stoke-on-Trent students will now be one of 100 qualifying teams from across the UK travelling to London’s Olympic Park to compete at the UK National Championship on 28 and 29 March. Success there would secure them, alongside four other teams, a place at the world’s largest student robotics tournament in Detroit, USA, in May.

This is only the second time that CREATED Academy School have entered the FIRST Tech Challenge. After finishing in a respectable 13th place last year, the team developed a clear strategy for how best to collaborate with other teams and maximise their robot’s capabilities in matches.

Year 11 student Sam Pitchford, who was graphic designer and inventory manager for Team Earth, Wind and Wire said: “The project was an exceptional team-building experience which brought together the enthusiasm and knowledge of each team member. To actually win the competition was phenomenal! I am delighted to be competing in London and, hopefully, in the US in May.”

John Cummings, Principal of CREATED Academy School, who led the team along with John Simmonds, commented: “The whole project has been an inspiring experience for students and teachers alike. The process has given us further opportunity to prove that if we give every child a chance to develop and learn new skills in a safe, nurturing environment, they can reach heights of achievement they never thought possible. Our students can look back on this as a really positive experience, taking forward the knowledge and skills they have gained as they journey into further education and the workplace.

“Stoke-on-Trent City Council’s Learning Pathway Team have also played a big part in the successes of the students involved, by placing them here and providing continued support throughout their time with us. They identify suitable education placements for students who, for various reasons, are not in mainstream education. Their knowledge of the programmes we provide and the successes we have had over the last few years is crucial to us achieving our aims with all of our students and unlocking their potential.” 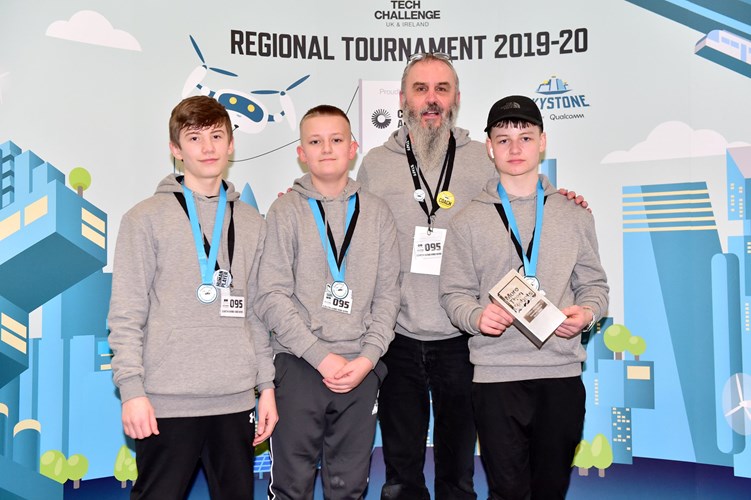 CREATED Academy School is a provider of alternative education, offering academic and vocational courses in sport, art and design, creative media, robotics and music for learners aged 11-16. We strive to engage and inspire our amazing students with our groundbreaking curriculum.