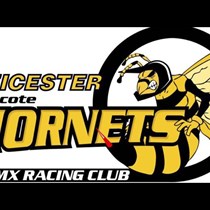 Weʼve raised £11,794 to Help Edward Pole on the road to recovery after his Bmx accident

Edward Pole is a 15 year old, gifted bmx racer riding for Derby bmx club. He is currently 8th in the National rankings for his age group, 4 places higher than his 12th spot in 2018. He is also No 1 in his region even though he’s racing up an age group (17-29 yr old) , plus missing two regional meetings. He was on his way to the worlds this year too!

Unfortunately on Saturday 1st of June he came off his bike and landed badly, snapping his back. He had to have a massive 6hrs + operation to put in permanent framework to support his spine. He has felt dull sensations in various parts of his legs but the prognosis for this type of injury is not hopeful regards walking again. We will know more after the first 6 months. Whatever happens he has very long, hard road to recovery ahead of him.

After speaking to his dad, Alistair, he assured me that Edward has recovered from the operation amazingly well and is being upbeat and positive. He is already planning on what he can do next after his rehabilitation. Obviously there will be times when he gets down, but right now he is being extremely brave and is very much his cheery self just lying down.

We in the bmx community are doing this crowd funding page so that as and when he needs it, Edward has the means to do whatever it is he decides to do with his life, so please give generously.

Alistair, Gemma and Edward would like to say an enormous thank you for all of the support they have received so far. “Words cannot express our gratitude, you’ve all been amazing and it’s really helped Edward “, said his dad. So let’s keep up the good work and continued support!

Edward is at Queen’s Medical Centre, Nottingham. He has to lay flat for two weeks but after that he would be happy for any visitors. Just find Alistair Pole on messenger and send him a direct message as to when would be convenient. Every little bit helps towards the best possible outcome for him. Thank you in advance...

Edward also does a bmx blog:

Sent from my iPhone