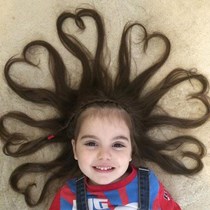 Weʼve raised £485 to to be split between YMCA Burton and fundraising for a new outdoor playground at St Wystans School. Effie decided to complete a triathlon.

Effie is 4 years old and completely of her own initiative has decided she would like to raise some money by tackling her first triathlon.

A year ago, aged 3, we gave her £1 to spend on a treat in a shop. She picked a sausage roll and some biscuits. On leaving the shop she then marched over to a homeless man we had seen as we had first arrived at the shopping centre and gave them all to him. The gentleman offered her one of the biscuits back and they sat and ate together. This is probably the proudest moment of my life to date. I had no idea what she was going to do- it was an act completely initiated by Effie. To show such compassion and empathy in this selfless act was heartwarming. She has continued to want to help people less fortunate e.g. donating toys and clothes to charity, giving pocket money and food to people who are homeless, and now, having heard of several other people raising money for charitable causes has decided she really wants to fundraise herself.

She loves sports, especially swimming and cycling so has decided on August 26th 2017 she will swim 50m backstroke, cycle 4 miles and run 100m.

The funds she raises will be split equally in two. Firstly she is raising money for the YMCA in Burton upon Trent who are 'committed to providing a supportive and safe environment for those who are homeless in East Staffordshire'. Also she would like to give half the money to St Wystans school who are fundraising towards a new outdoor classroom. She attended preschool there this year and is set to join the main school in September and as such would like to help contribute towards this facility.

Every penny counts so please if you can spare anything at all it would be much appreciated :)

A super smiley, happy, caring and generous 4.5 year old who has decided she wants to help others by combining three sports she loves into a sporting challenge!