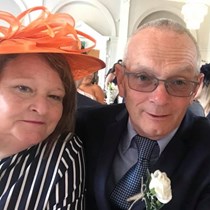 Weʼve raised £17,239 to raise money for Hollie’s family for support during her cancer battle. All money raised will go directly to Louisa Gorst (Hollie’s mum)

I am sharing this story on behalf of my friend, Louisa, whose daughter is battling an extremely rare cancer;

It is a heartbreaking situation about a beautiful girl called Hollie Walmsley, aged just nine years old. She has a twin sister, Sofia, and seven year old brother, Jake.

6/7/21 had an echo at RBH where they found three tumours inside her heart. She was blue lighted to Alder Hey ICU with a registrar on board due to the high risk of cardiac arrest

7/7/21 emergency open heart surgery to remove the tumours. Managed to remove two of the tumours and debulk the third - but they couldn’t get all of it because it was attached to a vein.

Surgeons said the tumours were blocking so much of her heart they didn’t know how she had survived and estimated that she probably had 24 hours left to live if she hadn’t had the surgery.

Chemo started the same day. Her family were warned it would be an aggressive treatment protocol and that Hollie would lose her hair within 2-3 weeks.

Once the first round of chemo was complete, Hollie’s family were told she could go home until the next round of chemo. They packed everything up and were ready to spend time together at home, however, she had an echo before leaving and the cardiologist found a blood clot in Hollie’s heart so she was put on IV heparin and unable to go home.

Her family were actually relieved that it was a blood clot- they never thought that a blood clot in their daughter’s heart could be positive, but it seemed the better of the outcomes as they had been concerned it was another tumour and that the chemo wasn’t working!

Unfortunately, on Tuesday (3rd August) the blood clot detached from the heart and travelled to Hollie’s brain. This caused Hollie to have a stroke which has left her unable to speak or move her right side. Hollie now faces months of rehab to try and overcome the effects of the brain injury as well as continuing with her cancer battle.

As you can probably imagine, this is all having a massive impact on Hollie’s family, emotionally, as well as financially. Hollie’s sister and brother are staying with their Grannie and Grandad but visit Hollie every weekend. Hollie’s dad travels between home and the hospital to stay both with Hollie at hospital and Sofia and Jake at home.

So what we are hoping to do is ease some of the burden on her parents by helping raise some money for them, which they can use as required whilst Hollie is in hospital and to help ensure she receives the best rehab once she is home. We want Hollie to have the absolute best quality of life as possible both now and in the future.

This is a devastating story for the family, most of all, for the beautiful, young and courageous Hollie, who, at the age of just nine, is having to fight more battles than anyone should have to endure in a lifetime. But if there’s anyway of easing some of the stresses, helping some of the financial aspects could be a small factor. 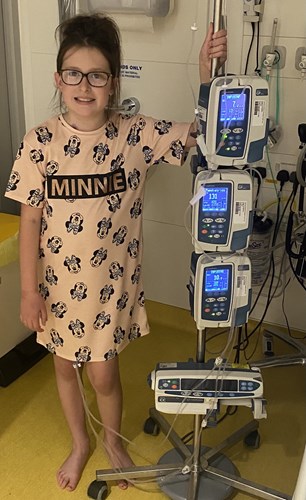 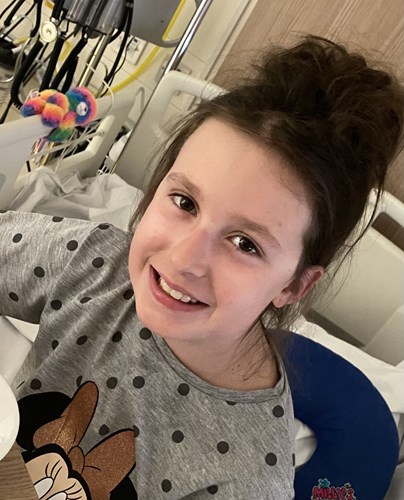