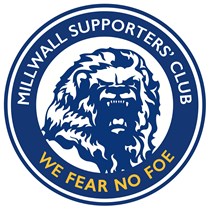 Weʼve raised £2,217 to give Ellice a garden. Ellice can't use her own garden due to her limited walking, so we need to landscape and improve her own garden.

Ellice is just like any other 7 year old girl. She loves life, she loves Millwall - especially Jed Wallace - she even loves her brother Jay. However, unlike other children, Ellice can't play in her own garden.

She was born with diplegia cerebral palsy which has affected her mobility all her young life. Ellice's story touched the hearts of many Millwall fans around the globe as well as other well wishing football fans. The family's early fundraising efforts saw them raise enough money for successful surgery which has decreased the spasticity, made her more mobile and she is now able to get around on her own for short distances.

With this new found movement, it has highlighted some problems for Ellice that she didn't think she'd have the luxury of facing. Summer 2019 sees her having the goal of playing in her back garden with her brother and sister. This is where we are hoping you can step in. Her own garden is uneven and not suitable for Ellice to play in, it needs levelling, artificial grass laid and some raised beds installed. We want to help Ellice enjoy her garden by herself. Not only will it be amazing to play in a place she never thought she'd be able to play in, but it will also help massively with her physiotherapy and exercise to gain strength as part of her rehabilitation. We need to raise £6500 to do that. If you own a company that could help with the work needed we'd also like you to get in touch (info@millwallsupportersclub.co.uk)

Ellice says "I would love a garden I can play in with family and friends, where I can also dig and plant stuff. I just want to go outside and I can't"

Please help us give Ellice a garden, maybe Jed will even visit and have a kickabout.