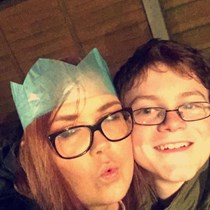 Yesterday our little Elliot was found but yet he’s still missing.. missing from our lives. Never our hearts! Elliot was a kid who was loved by everyone who knew him. The real Elliot, the kind of kid who’d spend his afternoon cutting his neighbors hedge, for nothing! The kid who chatted away with the old dears, the kid who went to church with his nana on Sundays. The explorer, the adventurer the fantasist! Our little Elliot! Our lives will NEVER be the same now, whatever the outcome was to be we never was going to be the same. I cannot describe the emotional torture that my family have been through in the past 5 days, but now we have some answers we can start to grieve and give Elliot the peace, respect and dignity that he deserves.. My family want to thank every single genuine person who have taken the time to help in the search for Elliot. Whether it was printing posters, door to doors to ask for sightings, sharing posts, putting his pictures in your windows, checking through CCTV, organising search parties or spending hours out in the rain looking for our little Elliot, no matter how big or small, we are forever thankful. West Yorkshire police have said of all the missing people they’ve had reported, Elliot’s case was like no other in the way in which the community pulled together as one to find him! They said they’ve never had a response from the public the way that you all have, which I think says it all about the type of person Elliot was!

After some thought because people have been wanting to donate money in memory of Elliot, we have decided It would be nice to raise money in Elliot’s honour and get a bench in his name somewhere on Eastmoor. where we can all go and remember him ❤️

p.s love your people and then love them a little more because life is so fragile!