Stuart Anderson MP for the Elysium memorial raised £2,840 from 79 supporters 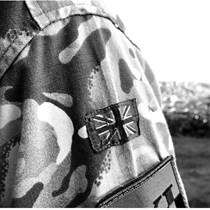 Weʼve raised £2,840 to build a memorial for Veterans that have died from suicide, Stuart Anderson MP undertakes Dragon’s Back Race for Elysium Memorial Foundation

Liverpool to London
In memory
Funded on Tuesday, 12th October 2021

Stuart Anderson MP has announced that he will be taking part in the Dragon's Back Race. Held on only five previous occasions over the last 30 years, it's regarded as the world's toughest mountain race down the mountainous spine of Wales. As part of the Dragon's Back Race, Stuart is proud to be fundraising for two charities which are close to his heart: the Wolverhampton Wanderers Foundation and the Elysium Memorial Foundation.

Stuart has supported the Wolves Foundation in the past by taking part in their Molineux Sleepout, an annual campaign to raise vital funds for local charities supporting the community. They do fantastic work and help so many people throughout Wolverhampton, and Stuart now wants to support them even further by running and raising funds.

Stuart is also proud to be supporting Elysium Memorial in their project to establish a memorial to remember veterans that have sadly taken their own lives after their service. As Stuart has lost many friends he has served with to suicide and has spoken of a tragic time in his life where he almost took his own life as a result of trauma suffered during his service, Stuart is running to support the Elysium Memorial Foundation's goal of erecting a memorial statue.

This will allow those who have experienced the loss of a friend or loved one through suicide to have a quiet place of contemplation and remembrance. It is hoped that the memorial will be based at the National Memorial Arboretum. The project is being led by Sgt Ed Mackenzie, Cpl Dave Wood and SSgt Jon Greaves, who have undertaken physical endurance challenges to raise funds for the project.

The race is scheduled to start on the 5th and end on the 12th of September 2021. The average daily distance is 63km, which is the equivalent of 1.5 marathons a day. With the race being extended to six days, the course has never been completed before. Stuart will be the first MP to undertake the challenge. You can keep updated on Stuart's progress as he trains, and his progression through the race after it starts on his social media at @stuart4wolvessw