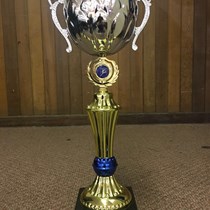 Weʼve raised £65 to help us raise funds to purchase new uniforms and costumes for our Twirling girls and boy who participate in national competitions.

Vogue twirlers is a small team based in weston super mare. They have members who live in devon, trowbridge, frome and north someset.

On the final night of the competition, two members of Vogue Twirlers were awarded Perpetual awards: Charlotte Howard,, won the Ron Stiff shield for best Champion in the Military Strut section, and Ebony Taiwo won the Most Promising Beginner/Novice Dance Soloist.

We are looking to raise funds for uniforms and costumes so if your able to donate we would be very grateful .