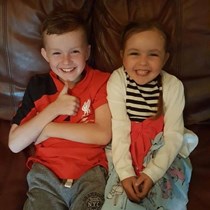 New Brighton is steeped in history, but very few people are aware that it once housed a division 2 football club situated in a purpose built stadium on the historical site Tower Grounds. Although the stadium was demolished in 1969. The grounds continued to host several different football clubs and in 1983 it became the permenant home ground for a grass roots football club named "New Brighton Saints FC". The club quickly became popular, successfully gaining trophies from both home and abroad, but like its predecessor club numbers started to dwindle, with up until recently only one team playing in the Wallasey league. However the club is now making a comeback and has already signed up 4 new junior teams, to enable us to register teams in both the Wallasey and Eastham leagues.
To help us bring football back to New Brighton and support our new teams we are trying to raise funds for kits and equipment and to help towards financially supporting young footballers and their families who are struggling to purchase kit and meet the club's subscription cost. Building the club back up again will not only maintain New Brightons Football history but will also give children a place in which they can be apart of a team and feel a sense of pride towards their home ground and surrounding community. Please help us to keep our club going and give all children a chance to take part. 😁