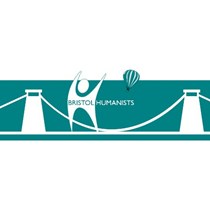 Emma Martin is Bristol's most important, but least-known radical & campaigning woman. The fact that so few people have heard of Emma Martin is testament to the way in which important women have been treated by history. She was a fearless campaigner, speechmaker and writer on freedom of speech, atheism, women’s rights and later, on childbirth.

She deserves to be known by everyone in her home city, and beyond..

We will be erecting a Blue Plaque in her memory, at the city centre location where she lived. This has the approval of Bristol Civic Society (which administers blue plaques in Bristol) and the owners of the building on the site of her home.

She was brought up a strict Baptist. She later became a staunch advocate for ‘freethinking’, writing numerous pamphlets and often delivering speeches to 3000 people. She lived and campaigned in Bristol until 1839. Her home was at Bridewell Bridge from 1835-1839. She worked as a ‘social missionary’ for Robert Owen’s movement of the mid C19th, campaigning on the rights of women and opposing the role of the church. Later, she retrained as a midwife, but was forced to practice from her home as atheists were not allowed to work in ‘public’ hospitals.

In November we held the first ever public lecture in her memory, and raised £150 towards our target of £900. The money will cover manufacture and erection of the plaque and a small celebration event at the unveiling.

Bristol Humanists is the local partner group of Humanists UK, national charity, which works towards a tolerant world where rational thinking and kindness prevail. We bring non-religious people together helping to develop their own views and understand the world around them.