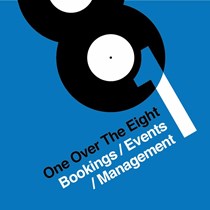 In October, more than 30 singers and musicians collaborated and recorded a version of “Do They Know It’s Christmas?” at Rhythm Inc studios.

The idea for this remake started at Penistone Show earlier this year when lots of the artistes and bands provided by One Over The Eight for the Rhythm Inc stage realised they had more than one common link.

Not only were they all Barnsley-based creatives but many of them knew Richard Tolson - “Rich T”.

They all wanted to work together on a festive track and decided to create their own version of “Do They Know It’s Christmas?” which was a perfect song for the occasion and would help to raise some money for a great cause too.

All the vocals for the track were recorded on a microphone that belonged to Rich T and most of those taking part in this project had some connection with him as a student, colleague, friend or as a recipient of an EnRich Charity grant.

Recorded by Ari Rannus, and filmed by Martin Thornton of Woodstock Studios, the song and video will be released at 8am on Friday 1st December. This Just Giving page was set up for people to pledge donations to, with donators getting a “bloopers” video as a reward.

Email us once you've pledged to receive this: Enrich@woodstockstudios.uk