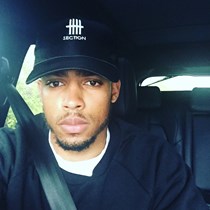 Weʼve raised £3,264 to To help fund, improve and continue various projects all in the name of the late Errol Christie that he was proudly a part of.

This page has been set up by the family of Errol Christie who sadly lost his battle to lung cancer on the 11th june 2017. Errol christie was one of the best boxers britain ever produced and making himself the best amateur boxer of his generation and cementing his legacy in the guinnes book of records to win every amateur title which cannot be beat. He was the captain of the English amateur boxing team from 1980 to 1983 and European amateur champion in 1983. He went on to have an illustrious career in boxing, fighting and sparring many of the greats in the middleweight class. He earned the right to wear the Kronk Gym golden shorts after impressing Emanuel Steward while sparring there.In March 2010, Christie published his biography No Place To Hide, about racism in both the boxing game and 1970s/1980s in britain. The book was longlisted for the William Hill sports writer prize for 2010. All though he never went on to win a world title he is still classed as one of the most gifted and talented boxers to grace the ring. This page is to continue the great work he did outside of the ring in helping the young generation and raising awareness on knife and gun crime to keep them off the streets and into the boxing gym to show them their is other choices in life rather than crime. He also helped and trained people with disabilities and was very proud of what he achieved with his students . All proceeds raised will go to various projects such as carneys community to help them grow and continue the great work they are doing. We will also be donating funds aswell for the lung cancer association and putting on various charity events in his name to honour his legacy and work that he loved greatly.

Thank You all for your support and donations. It is truly a blessing to be able to continue his great work.