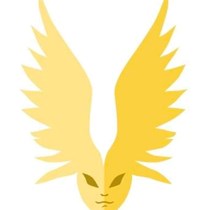 Weʼve raised £1,635 to perform our Theatre Production “Bunker” at the Camden Fringe Festival 2021, whilst fighting the stigma of BPD.

“Bunker” is a One-Act play which focuses on 2 characters for an immersive analogy of mental health - a conversation between a victim of mental illness and the other being the personification of the illness itself. With this project, our team aims to break the stigma of mental illness, namely Borderline Personality Disorder (BPD) by visually representing what life is like inside the mind of someone with mental illness. The "Bunker" itself represents the mind. There is only one exit - which leads to the outside world - and a door that leads deeper into the mind through a maze of tunnels you could easily get lost in (the sub-conscious).

Unfortunately, stigma is often an issue that those with mental illnesses must deal with, which makes getting effective treatment more difficult. If you have an illness like borderline personality disorder (BPD), that means you have to handle the symptoms of your disease while also dealing with the preconceptions of others.

The goal is to raise the funds to perform this play at the Camden Fringe Festival in London for August 2020. Any excess proceeds would be divided among mental health charities. Together, we aim to change perceptions in a medium that is both entertaining and thought-provoking - would love to perform it in a REAL Bunker one day too!

We want to be able to pay everyone for their work. We don't want people to have to work for no pay or the vague promise of profit share! If you cant donate, please consider sharing this post and helping us spread the word! It would mean the world to us

WHAT WE CAN OFFER YOU IN RETURN:

£5 – A personal 'Thank You' note from the Bunker Team.

£10 – Regular updates about the show via email and social media. A personal note of thanks from the Bunker Crew.

£50 – A handwritten note of thanks signed by each core member of the Bunker crew. You will be a credited part of the show. Shoutouts available for all social media accounts!

£100 – Back again – if you back us at this level, you can attend a Q&A with the Bunker team before the Camden Fringe Festival gets underway. Also, posters signed by the cast and crew!

£500 – Let’s hang out! Meeting with the Writer, Director and Producer of "Bunker" to hang out and chat about all things, theatre, art and film! A great chance to network and potentially become involved in any future projects they may have!

£1000 – You will be considered one of the Core members of the "Bunker" team. Personally thanked in the programmes and named on all advertising. You will have early access to each show, signed early development material (scripts, props, concept art), social media shout outs and a chance to network with industry professionals!

Thank you all for taking the time to check out our page! If you have any questions / queries or just want to get in touch, you can email us at bunkertheatre@gmail.com or follow our twitter @HarpyProdCo

"Bunker" is a unique, immersive & thought-provoking theatre production that will be directed & produced by a strong crew of women from various backgrounds in the creative arts.