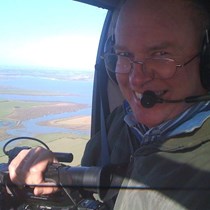 In Essex, in the 16th and 17th centuries hundreds of (mainly) women were arrested and held on charges of witchcraft - more than in any other county in the U.K.

The evidence against them was based on hysteria, ignorance and superstition. The majority of those accused were held in Colchester Castle gaol before their trial and many died there because of the appalling conditions.

Other towns have already erected memorials to their witch trial victims - notably, Edinburgh, Exeter and Pendle. Although Colchester Castle has the dubious distinction of having held more alleged witches than any other place in the UK, there is no permanent memorial.

That's about to change!

Colchester Borough Council have agreed that it is high time that there was a suitable memorial stone and this will be placed in a prominent position in the Castle Park opposite the castle itself.

This matters because we are living in a time when it is again all too easy to make accusations and whip up hysteria against individuals - virtually anonymously through social media - sometimes with devastating results.

The Council have agreed. The Castle Park Manager has agreed a great location for the memorial and the project has now been costed at £1500 including installation. £650 of the total has already been promised, leaving just £850 to be raised.

After 400 years, we can finally recognise the great injustice that was done. Any donation that you can make will be very much appreciated.

It's hoped to unveil the memorial stone in April or May of this year.

Thank you very much for reading this.

Hi. I'm John Worland and I first became interested in the history of the Essex Witch Trials about 12 years ago. Whilst most people have heard of the main cases, the detail of what these people suffered is absolutely appalling.