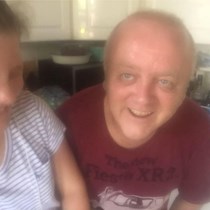 Cuba. A beautiful island – as Christopher Columbus said when he set foot here in 1492, “the most beautiful land human eyes have ever seen”. And yet, among the breathtaking beaches, mountains and Havana, a world-class city, it is not hard to see poverty, despite the smiles and warmth of its people. Money is desperately short – the average monthly salary ranges from $20 to $50. I often stay with a Cuban family. At the best of times, life is hard. Queues at poorly stocked supermarkets only to find that the basic items we went for are not in stock on the often sparsely stacked shelves. Cuban cooking is a riot of invention, based on what is available, not what is required.

Back in December, I launched a JustGiving appeal to bring essential goods to Cuba. Items such as sanitary towels, deodorant, cheap clothes. Virgin Atlantic kindly waived the excess baggage fees. You can read about it here. And you can read about how we helped as many people as we could here. 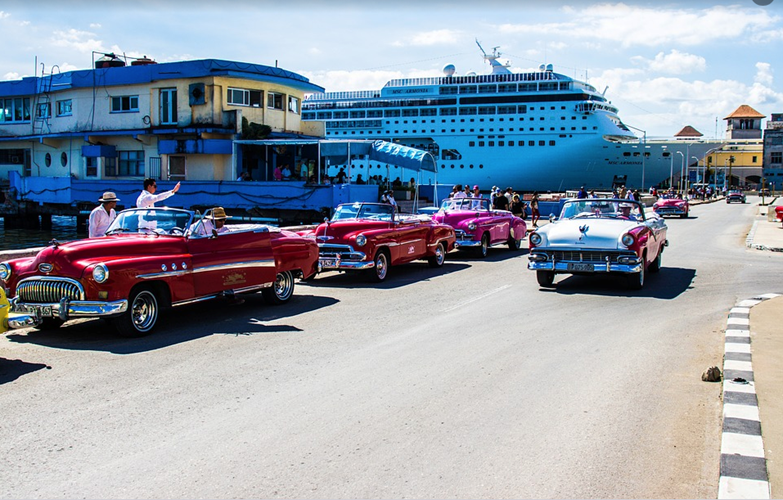 When the Soviet Union fell in the '90s, Cuba suffered a great loss. The USSR had accounted for 85% of Cuban trade and it fell to nothing overnight. More recently, Cuba has been reeling from El Bloqueo, the embargo relaxed by Barack Obama but reimposed by Donald Trump, though even more savagely. Hyperion to a satyr. Goods that we consider everyday essentials are in short supply, hence the request for sanitary towels, deodorant, soap and so on. Meat is in short supply. Often, even basics such as tinned tomatoes are not available. Cuban recipes tend to be based upon what is available rather than what you might want.

Life there was really tough but at least tourism brought some much needed revenue. This sadistic "bloqueo" by Donald Trump caused tourism to drop hugely since the enormous cruise ships (pictured above) that disgorged wealthy American tourists into the honey-coloured streets and squares of the Old Town represented a disproportionately high amount of income for taxi drivers, bars and cafés since the Canadians, Spanish and British tend to stay in prepaid all-inclusive resorts, meaning little cash reaches the workers outside of the resorts.

As if El Bloqueo were not bad enough, now Cuba, that has suffered so much already, is being crippled by Coronavirus. There is little in the shops, friends, tell me, and what there is is very expensive – if it has not run out by the time you reach the front of the queue.

In 1992 Congressman Robert Torricelli introduced the Cuba Democracy Act [sic] that prohibited foreign-based subsidiaries of U.S. companies from trading with Cuba, travel to Cuba by U.S. citizens, and family remittances to Cuba. Congressman Torricelli stated that the act was intended to "wreak havoc on that island." A beacon of propriety, Torricelli was elected to the U.S. Senate in 1996, defeating Republican Congressman Dick Zimmer to obtain the seat vacated by the retirement of Democratic Senator Bill Bradley. It was later found that six donors had made illegal contributions to Torricelli's campaign. Hypocrisy knows no bounds.

In 1996 the Helms-Burton Act was introduced by cuddly old Bill Clinton. This extended the territorial application of the initial embargo to apply to foreign companies trading with Cuba, and penalised foreign companies allegedly "trafficking" in property formerly owned by U.S. citizens but confiscated by Cuba after the Cuban revolution. The act also covers property formerly owned by Cubans who have since become U.S. citizens.

In April 2018 Trump decided to activate the so-called Title III of the Helms-Burton Act, which passed into law in May 2019, which the BBC notes was passed by Bill Clinton in 1996 to sanction the Havana government for shooting down two US planes.

Says the BBC, "This is the first time, since the law was approved, that the White House authorises the implementation of an article that has already caused conflict and put in jeopardy the United States' relations with the European Union, one of Cuba's main commercial partners." 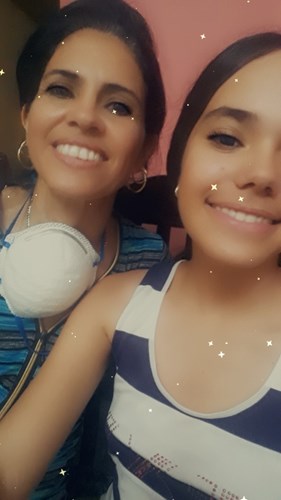 My friend, Miriam, who lives in Santa Cruz del Norte (pictured above, with daughter Céline) messaged me the other night. She said (I'll translate):

"We can scarcely go on. There is no food, really, and the little there is is very expensive. It gives me shame to have to tell you this, I am so sorry. You are a very good person and do not deserve this, you have your own problems, I know, you have had a terrible year." 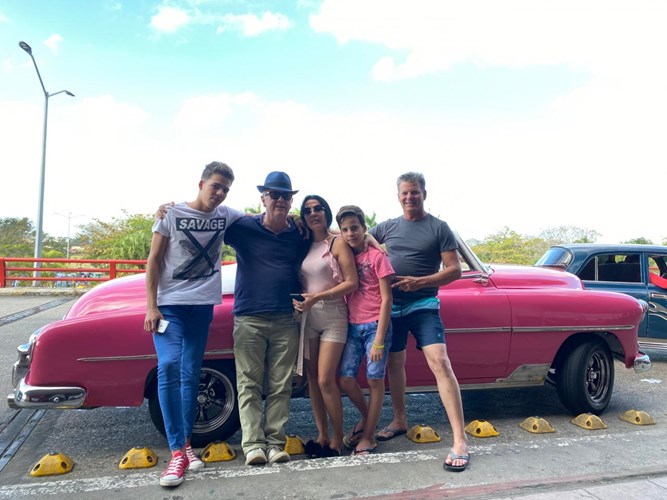 I have plenty of other friends here, all too proud to ask for help but who are ludicrously grateful when I do, such as 'mi familia Cubana' (above, seeing me off at José Martí Airport in January). And they in turn have lots of friends in similar and worse situations... 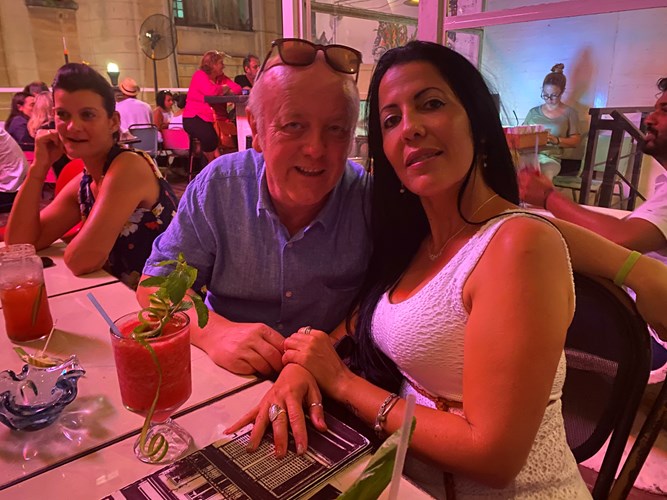 Today, I spoke to my friend Yusnaidy (believe it or not, a corruption of "US Navy", but that's a whole other story, pictured above in January when I last visited). Her husband, Raúl, drives a classic car on behalf of its owner for a wage so has no work (and no car), her dad is in hospital with a possible brain tumour and her son who has just finished National Service works on a rabbit farm 10 hours a day, seven days a week for 32 cuc (about £28) per month.

From the horse's mouth:

"There are a few things in the shops and there are enormous queues, but we have to do this to survive. There is virtually no meat.

"At least with the cash you sent us, we can buy meat, vegetables and milk directly from the farmers around us (they live in Bauta, 25km east of Havana city).

"And it's a real struggle to buy soap and detergent..."

Cuba is forced to trade on WTO terms, along with, for instance, North Korea and Venezuela. This is the human cost of Trump's blockade. It is hard enough to withstand Coronavirus in mature and advanced economies such as the UK. For Cuba, just about keeping its head above water, this has hit like a tsunami.

I have found a company that can send parcels to Cuba. They have three: a basic food parcel, with items such as tinned tuna, spam and rice, $119. A basic hygiene parcel, with items such as tampons, soap and deodorant, $119. Or the "luxury" parcel, with such delicacies as more spam, sardines, and chicken soup, $250. You can see examples below. If 12 of you put in $10 each, that is a parcel of basic food or hygiene supplies for a family. If 25 do so, that is the "deluxe package" that includes "luxuries" such as tinned sardines or Spam. 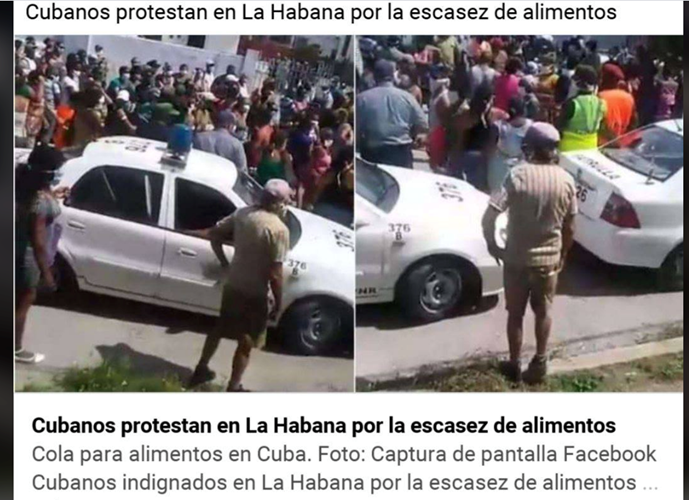 It is causing meltdown in Cuba, with huge queues at supermarkets with near empty shelves. My friends tell me they are fearful for their safety going shopping in case violence breaks out. This image is a news story about how that is beginning to happen. It says "Cubans protest in Havana about food shortages." Underneath, it says "A queue for basics in Cuba. Screenshot from Facebook." People are close to snapping. In fairness to the Cuban government, however, it is Trump's spiteful blockade that is causing the most severe problems and there is little that they can do. It is heartbreaking.

I won't labour the point. But for many of us, "lockdown" has meant staying at home and watching Netflix. In Cuba, it is akin to kicking someone on crutches just as they are trying to stand up from the last assault.

Please, please consider chipping in the price of a latte or a Deliveroo if you can spare it. In the certain knowledge that every penny you contribute, plus a wedge of my own money, will be going directly to the people there and directly to their homes. What you give could make a huge difference to a desperately, undeservedly disadvantaged community

This is an unprecedented crisis. Please help if you can. 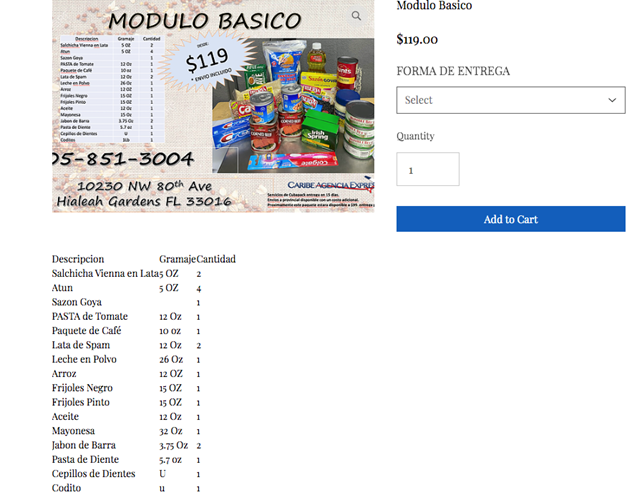 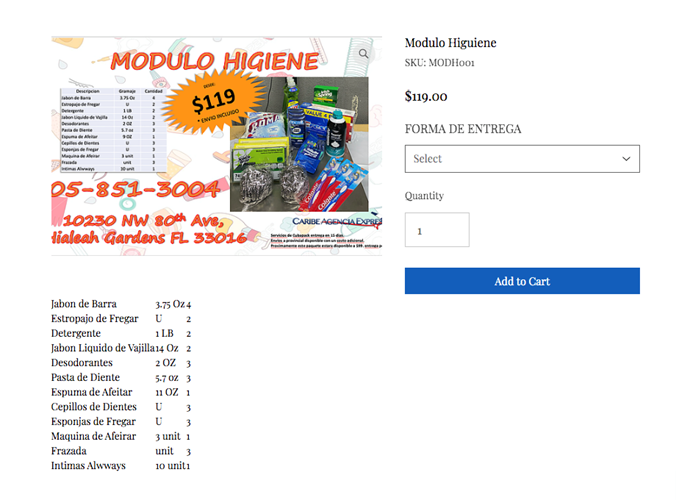 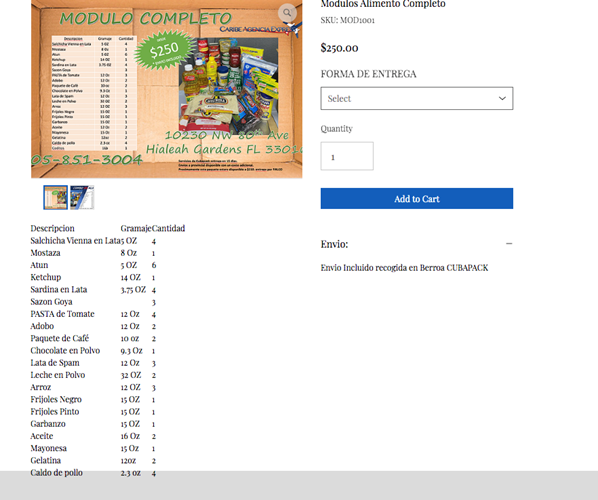 Ruzafa, Valencia (until two months ago, a Londoner)

Journalist and lover of Cuba...