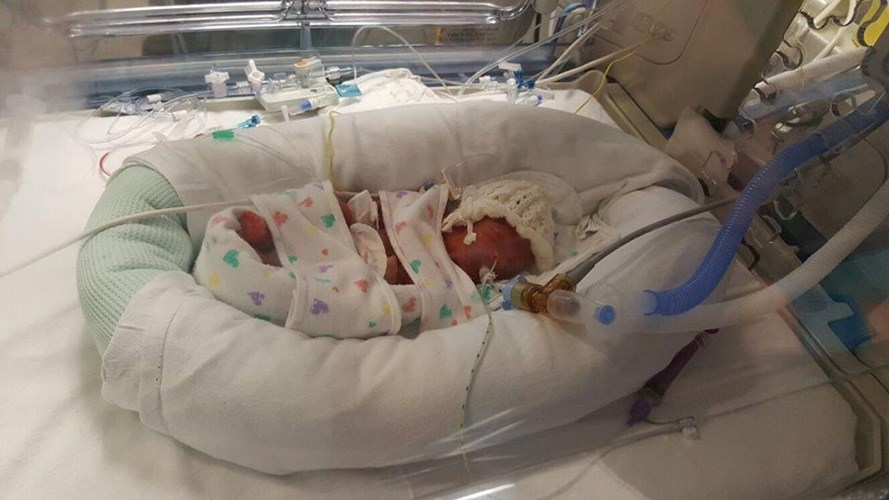 Evan was rushed to the Newborn Intensive Care Unit at St Mary's Hospital in Manchester where he was looked after by a team of specialist doctors and nurses, trained to care for the most critically ill babies.

For just short of two weeks Evan and his team of professionals fought for his tiny life, but soon he was on the maximum levels of ventilation that he could be given and wasn’t responding to treatment. His parents, Matt and Laura, were told to prepare for the worst and held a Christening for him on the 11th June. 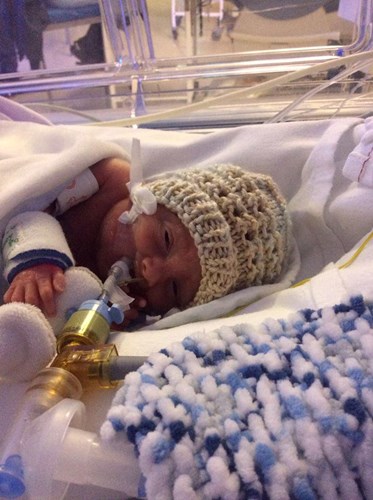 Although Evan kept on fighting and came through this period, winning every battle and gaining in weight and strength, the treatment that was keeping him alive was also destroying his tiny lungs. Evan was diagnosed with chronic lung disease caused by being on a ventilator for so long, and then, whilst still smaller than the average newborn, he suffered from a grade 3/4 brain bleed. A complication that often has devastating effects. 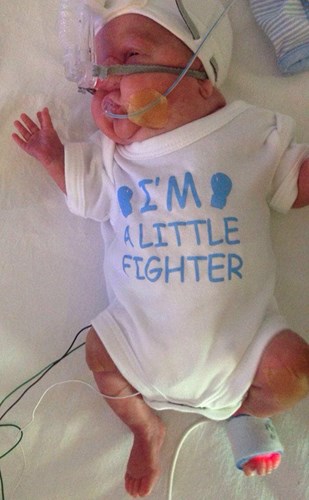 However, once again Evan, his parents and the amazing team at St. Mary’s refused to give up and, after a long battle Matt and Laura took their gorgeous little man home on the 5Th November, aged 22 weeks. 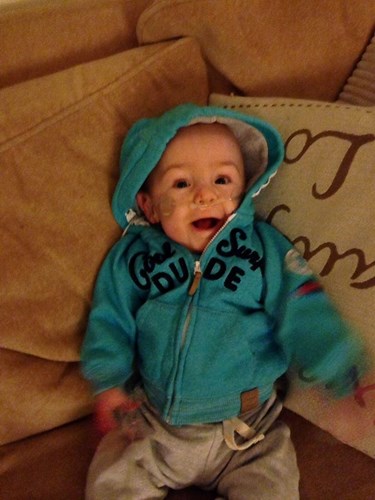 Life hasn’t been completely smooth since moving back home. Evan was on oxygen for almost a year and, due to a problem with a hernia and a section of his bowel, he has had to have 4 operations to fix the problem. Despite all this, Evan is now a happy, healthy, bubbly little guy with the greatest smile ever!

Which leads me to the fundraising bit!

Without the Newborn Intensive Care Unit team going above and beyond, this story might not have had a happy ending. The nurses went well beyond their job description allowing Evan to have this chance at life. 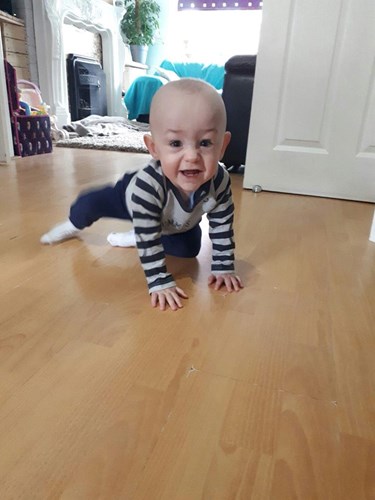 On behalf of myself and my sister we would like to raise money for the incredible staff on the NICU suite. On the 15th September we will be participating in the Urban Revolution 5KM obstacle course at Haigh Woodland Park. It would mean a lot to Evan and his family if you could support us and help raise funds to give something back.

As an extra bonus, for every ticket sold to compete in the Urban Revolution 5KM obstacle course £1 is donated to the We Love Manchester Emergency Fund.