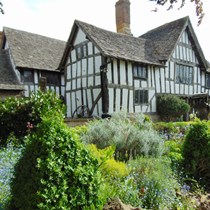 Weʼre raising £500 to help fund needed repairs to the Almonry building that houses Evesham museum. We would like to raise as much money as we can.

We are undertaking a two-day pilgrimage, in 13th century clothing and footwear from Tewkesbury to Evesham. We would love it if you would pledge in support of our efforts to help fund the preservation of this beautiful building and valuable historic resource. 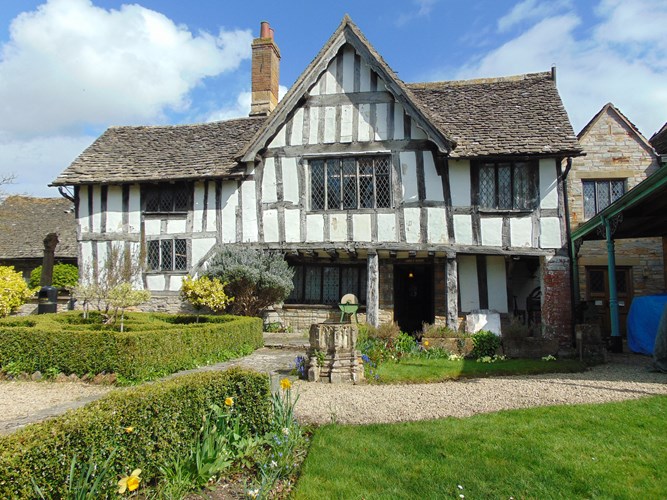 The Almonry is a beautiful C14th building in the heart of Evesham. Once part of Evesham Abbey, it was home to the Almoner, one of the Benedictine brothers who inhabited the abbey. The Almoner was responsible for giving alms to the poor and needy of the town. Following the closure of the Abbey by Henry VIII, the Almonry became the personal home of the last Abbot, Philip Ballard, whilst the rest of the Abbey buildings were sold to Sir Philip Hoby who arranged for the quarrying of the stone.

Today, the Almonry, two churches, bell tower and cloister arch are all that remain of what was reportedly the third largest abbey in England. The Almonry has had a varied career: ale house, offices, tea rooms, private home, until it was finally purchased by Evesham Borough Council in 1929, opening as a museum in 1957 reflecting Evesham and Vale life from pre-history to the mid-twentieth century, it also serves as the town’s Tourist Information Centre and gift shop. Today, the Almonry is still owned and funded by Evesham Town Council. 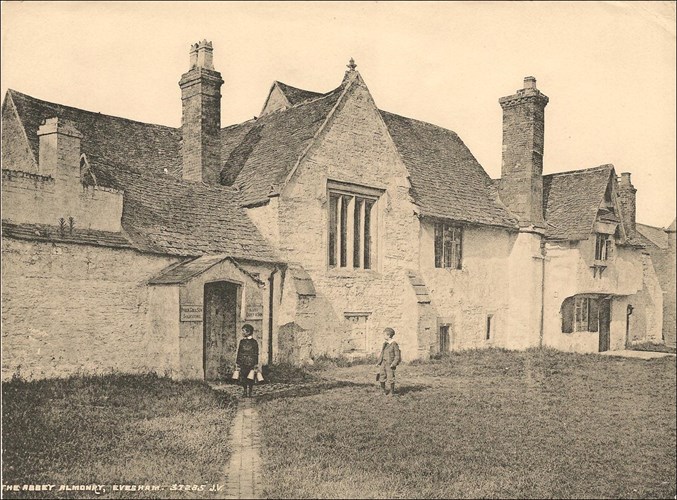 The Almonry is Grade 1 listed and in 2016 the building was put on the Heritage at Risk register by English Heritage. Originally the building consisted of little more that the two storey high hall, the Undercroft and the large kitchen. Following the English Reformation and dissolution of the monasteries, the Almonry survived, at a time when most of the abbey buildings were being dismantled and used as the foundation stones for buildings around the town. The property has undergone many extensions and alterations over the centuries but the bones of the original building are still here, making it a site of extraordinary architectural interest. The building is now in need of repair and restoration and we are starting our fundraising campaign. We think we will need to raise around £2m to fully restore and refurbish the Almonry. 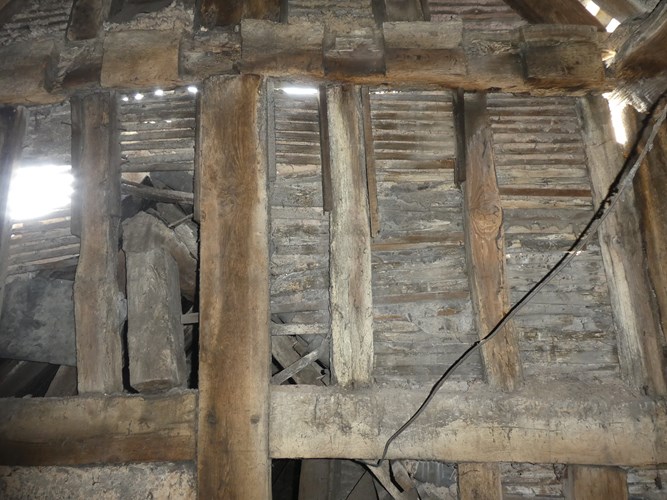 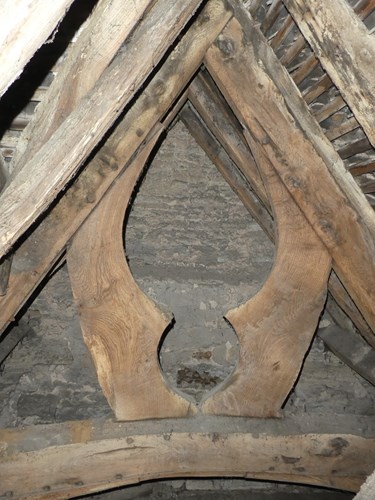 Pilgrimage was an important part of religious life in the Middle Ages. People undertook pilgrimage for a multitude of reasons; for spiritual fulfilment, as punishment for sins committed, for guidance, for devotion to a particular saint or for a cure for an illness or ailment. Reasons for embarking on pilgrimage are as varied today as in the Middle Ages; for spiritual and religious purpose, for leisure and exercise, for tourism and for mindfulness and peaceful purpose attempting to reconnect with the world. Evesham Abbey was founded, according to legend, because of a vision of the Virgin Mary. This would have made Evesham an important site for pilgrims to visit. The Abbey also held relics of other saints and was also the focus of the Cult of Simon de Montfort that grew following his death at the Battle of Evesham in 1265. 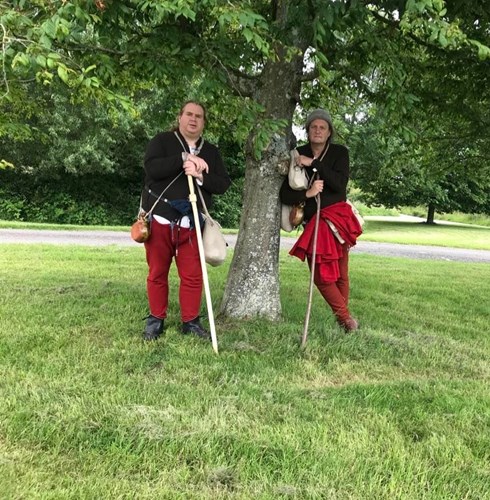 In 1273, Robert de Vere, Earl of Oxford undertook a pilgrimage from his castle in Essex to Evesham. The final part of his route was from Tewkesbury to Winchcombe and on to Evesham. Matt and Clive are undertaking this final part of De Vere’s pilgrimage to help us kickstart our fundraising campaign. Any contribution you can make to this appeal will go towards the restoration and refurbishment of this beautiful building and the museum. Thank you.

We are undertaking a two-day pilgrimage, in 13th century clothing and footwear from Tewkesbury to Evesham. We would love it if you would pledge in support of our efforts to help fund the preservation of this beautiful building and valuable historic resource.