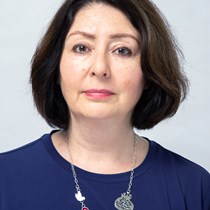 Weʼve raised £3,459 to provide emergency accommodation for ex-Muslims at risk

Council of Ex Muslims of Britain (CEMB) is raising funds for the first emergency shelter for ex-Muslims in order to provide accommodation and support in the UK to those at serious risk to their lives because of their apostasy from Islam.

Apostasy from Islam can result in the death penalty in a dozen countries in the world causing many to flee. In Britain, other consequences can include honour-based violence, forced marriages, exorcisms, ostracisation and shunning, homelessness, self-harming, suicide and more.

CEMB supports 600 ex-Muslims a month, including via one on one support, monthly meet-ups and support groups. Some of the ex-Muslims who turn to our organisation are in need of emergency accommodation after having been made homeless by their families or because they have been forced to escape in order to save their lives. In the cases of young people under the age of 16, even though it may be difficult, CEMB can ensure they are rehoused appropriately. However, in cases where the young person is over the age of 16, they have been left to fend for themselves, with little to no support, particularly in light of severe cuts in public services and refuge spaces.

Until now, CEMB has been forced to provide limited emergency accommodation at hotels, which is neither practical nor cost-effective. With your support, CEMB hopes to provide a long-term and safe solution for those at greatest risk by establishing the first ex-Muslim refuge in the world.

Purchase of a refuge space, as well as maintenance and utilities will cost £300,000. Whilst we realise this is an insurmountable amount, any money raised here will be used to provide emergency accommodation and support to those at greatest risk with the aim of working towards the first permanent refuge for ex-Muslims. (More wishful thinking: If you have a building you would like to donate temporarily even, please get in touch with m.namazie@ex-muslim.org.uk).

Thank you for any support!

Maryam Namazie is the Spokesperson of the Council of Ex-Muslims of Britain (CEMB). CEMB provides support to ex-Muslims, campaigns for an end to blasphemy and apostasy laws, and defends secularism and universal rights.