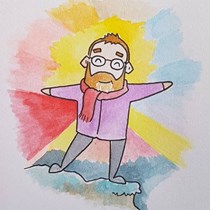 Weʼre raising £8,000 to buy oak saplings & then to source land for planting

We've just reached the goal we set ourselves but any extra is gratefully received for more trees, JustGiving fees etc. Joyful thanks to all our donors!

Extinction Rebellion Rewilding (XRR) fundraiser to save 750,000 saplings from destruction - a small positive action in the midst of global crisis.

This feels a strange time to be launching a public fundraiser asking for support to buy oak saplings, and ultimately land to plant on. We in the UK are in a state of lockdown, and millions of us around the world are affected by the Covid-19 virus.

Public healthcare and food are the priority for the vulnerable in our society: these are the markers of a caring compassionate species. But we also need to keep focused on the long term health of our planet. Work should have begun on this thirty years ago when we became aware of the negative impact that industrialised human activity was having on the balance of the earth's ecosystems.

The climate and ecological emergency became even more pressing when we discovered last week that the UK Government had reneged on its promise of a huge national planting scheme. Tree nurseries have raised an extra native oak pendunculate (quercus robur) 750,000 saplings on sites around the country for the scheme, but given the circumstances may now be forced to incinerate them. The saplings, which are up to two years old, require constant care to grow.

The news of potential environmental loss on this scale is abhorrent especially in the light of the current destruction of ancient woodland at Crackley woods and other sites in the path of the planned HS2 rail.

We at XRR, the rewilding wing of Extinction Rebellion, want to raise funds to buy as many of these saplings as we can to spare them from destruction and ultimately to find land to plant them on when the tree planting season begins again in the autumn. This follows an unprecedented response from individuals and groups who have already pledged to buy small batches and are finding land.

It has long been our vision to purchase land to be held in trust for Extinction Rebellion to demonstrate and practice rewilding, using our far-reaching network of experts and enthusiasts. This crisis gives us the impetus to appeal for funds to begin this process more proactively once the Covid-19 crisis passes.

So we are appealing to you for funds.

First, to purchase as many oak saplings as possible to avert their destruction. They can stay at the nurseries until lockdown is lifted and then can be delivered to our selected sites, where we can arrange storage and care.

Second, to support the process of land ownership. It will take more funds in the long-run to acquire, and to look after land - but together, and with the memory of all who have succumbed to Covid-19 in our minds, we can make steps in land restoration, tree planting, and rewilding.

New: we have now created a sign-up doc to request some saplings - please fill it in & we'll add it to our list, and get back to you in due course:

This is a rapidly developing situation, hampered by lockdown and our reliance on technology to communicate (and our general over-reliance on tech!). However, we have a number of partner organisations willing and able to receive and care for the saplings.

Other costs include care/water, volunteer transport, delivery to final destinations and tree guards. We will reserve £2000 for this. We are additionally hoping for an extra £2000 to begin the process of land acquisition. We plan to return to funders later when we have identified a specific site, with a more strategic funding plan for this. We regard this as crucial seed funding to enable us to kickstart the process.

Our hope is that at least one large-scale native oak forest will result from this crowd-funder; and that many of the other oak saplings will be saved and planted to expand and enhance existing woodlands. This will be carefully planned and managed. If you or a local group wants a smaller number of trees to plant on specific suitable land, please also get in touch. Please note: planting 1000 oaks two metres apart would require approx one hectare. An even better planting scheme would be to plant at four metres apart with nitrogen fixing plants in between. This would require two hectares.

With the support from:

& various XR and environment-focussed community groups & NGO’s around the UK.

More partners to be announced soon.