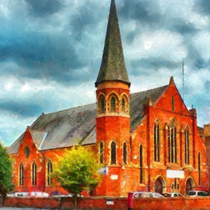 Weʼve raised £217 to add a washing facility, storage space and a secure playground for the infants.

The Manchester Islamic Centre (MIC) gives highest priority to providing the best facilities and services to Muslims who come for their daily prayers, and to non-Muslims who visit the Centre frequently to learn about Islam.

The MIC has become among the first destinations for all Muslims of all nationalities who wish to practice their faith in an appropriate atmosphere.

However, since the Muslim community is on the increase, the MIC is experiencing shortage in space and facilities. Therefore, it has been decided to add a washing facility, storage space and a secure playground for the infants. The total area of development is 180m2.

Importance of the Project

The project will create facilities needed for the expanding community of MIC to address both, current and future requirements insha Allah.

Details of the Extension project

Thanks be to Allah SWT, we have obtained the necessary planning permission and the contractors have started 2nd week of January 2017. The project will include the following:

The estimated cost of this project is £110,000 (One hundred and ten thousand pounds).

The MIC is mainly funded by donations from members of the Muslim community, along with a small income from letting three properties. The funds are however insufficient to cover existing expenses. Therefore, the Centre falls into deficit in most months of the year. Obviously, there are no reserves which can be used to fund the proposed project.

To secure such funds, we turn in the first instance to Allah SWT for help and support. But, it is inevitable that we should depend on the generosity of Muslim brothers and sisters.

As mentioned earlier, the local Muslim community is on the increase, and due to the Centre’s good reputation, it has become a popular destination for a vast number of the community members who attend its activities and use its facilities on a regular basis.

We urge you to give generosity in support of the house of Allah SWT, and would like to remind you of the saying of the Prophet Muhammad (pbuh) Who said: (Whosoever builds a Masjid for the sake of Allah, even though it is as small as a bird’s nest, in return, Allah SWT builds for him a house in paradise) narrated by Imam Ahmad.